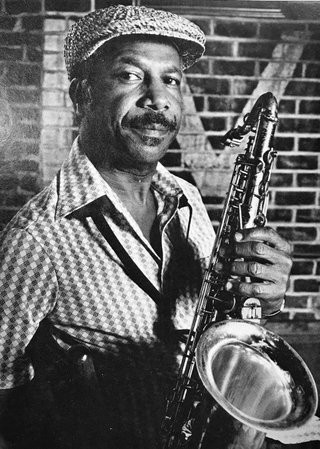 After last week's cover story on Dr. Herman Green, we realized that Memphis Magazine had featured him over three decades ago. It's telling that he has carried on here in his hometown ever since. One notable similarity: it was just as hard to make a living playing jazz in Memphis back then.

But it's worth a read just to learn more telling details about making it, or not,  in the jazz scene of 1950's New York. Green's perseverance paid off. By now, it's little wonder that he has received the Lifetime Music Achievement Award at the 13th annual W.C. Handy Heritage Awards, and multiple Premier Player awards (as a saxophonist and a teacher) from the local chapter of The Recording Academy.

With decades of performances and recognition under his belt, you would think you could find more of Green's work on record. But the only documentation of his solo jazz career here in Memphis, backed up by The Green Machine, exists on two CDs: Who is Herman Green? and Inspirations: Family and Friends, both on private labels from the mid-1990s. Tracks from both are included on The Best of the Green Machine, Vol. 1, released by Green Machine Enterprises in 2011, but even that is hard to track down. Ask for it at your local record shop, and happy record hunting!