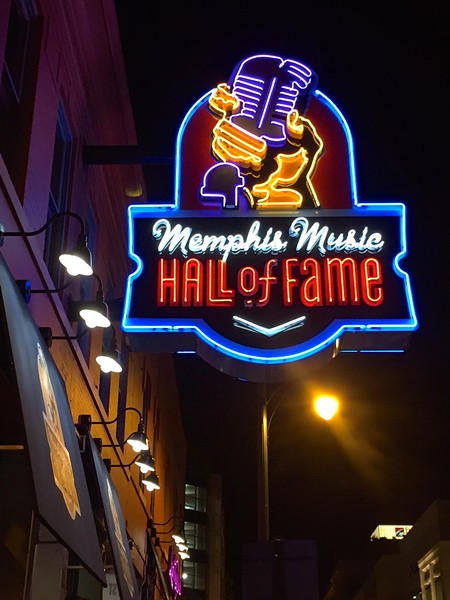 At first blush, many of us pooh-pooh the notion of awards. Especially if you're an artist, staking your sense of self-worth on some official recognition can be a recipe for creative death. But there is a sense in which recognition of artists alive and dead can clarify our fragmented views of disparate artists, revealing a shared strain or backdrop to their works that can be lost as history rolls on.

Take the Memphis Music Hall of Fame. Created five years ago by the Smithsonian-developed Memphis Rock ‘n’ Soul Museum, it grounds our experience of its many and varied inductees, rooting them in this specific chunk of land. Even when the musicians were not Memphians – especially when they weren't, really – it can express the ways in which the artists and this city mutually shaped each other, revealing the many historical and biographical threads that led us to where we are.

Today, in a press conference at the historic Clayborn Temple, attended by Tennessee Governor Bill Haslam, this year's inductees to the Memphis Music Hall of Fame were announced, and through their names we see a kaleidoscopic view of the city's history, and perhaps its future.

Just going over the list reveals another positive aspect of such awards, when done right: the fact that Salky, a largely unsung hero of music promotion, can stand side by side with Orbison, still an internationally recognized celebrity and artist, speaks volumes for the power of well-curated honors to celebrate the many factors that make the arts possible. The same goes for Stokes, George, and Clement, who have all been under-recognized by the mass press, relative to their huge contributions to American music. So here's to mixing it up with the new inductees – all of whom will be honored in the Induction Ceremony on Friday, October 27 at the Cannon Center for the Performing Arts.