Tribute to J.D. Reager Salutes a Mover and a Shaker 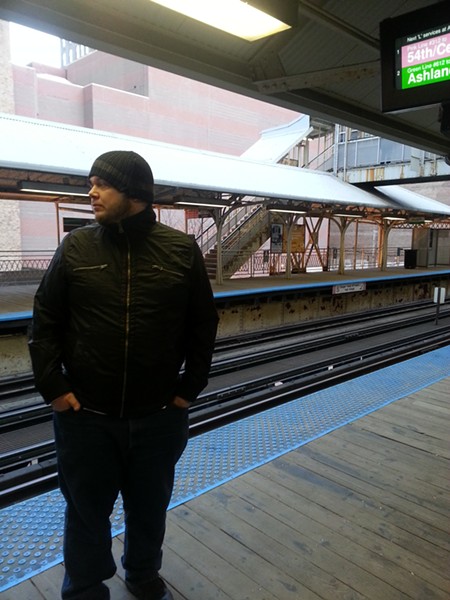 If you know Memphis music, you know J.D. Reager, an indefatigable musician and promoter of shows. Many a benefit concert and charity has been the brainchild of Reager, such as Rock for Love, the series of annual concerts that he jump started in 2009 in support of the Church Health Center; or last year's multi-band extravaganza at Lafayette's Music Room in honor of the Monkees.

As a singer, songwriter, and guitarist, he was one of the driving forces behind the local Makeshift Music collective, a group of artists who support each other, among other methods, via an independent record/CD/cassette label (which in turn would often compile the works of artists featured in the Rock for Love concerts). He would often join in concert festivities with his own band, the Cold Blooded Three (Eric Wilson, Matthew Trisler, and Bubba John Bonds), a band that could move adeptly from bubblegum pop to country rock in a heartbeat. And, like many Memphis musicians, he would play in various ad hoc ensembles, as when he led the house band for the event, "Memphis Cares: A Bowling Green Massacre Victims Benefit Concert," which took place on April Fools Day of this year.


Readers of The Memphis Flyer have also known his writings on local musical and other happenings for years. (Below are a few of his contributions to the entertainment and sports reportage of this city). Alas, he'll be shifting his focus to the north these days, as he and his wife, Jennifer Brown Reager, make the move to Chicago. Transplanting his talents to the Midwestern metropolis will no doubt yield many more years of fruitful music and words, and perhaps lead to a rich cross fertilization between here and there. In the meantime, local friends will gather in his honor tonight to bid farewell and celebrate his new, skyscraper-peppered horizons.