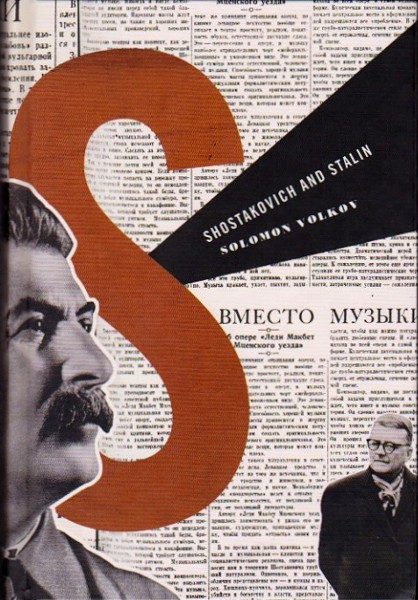 It was impressive to see just how many listeners braved the icy roads last Saturday to attend the Memphis Symphony Orchestra's formidable “Percussion Explosion” concert at the Cannon Center. And it was heartening to know that the audience bore witness to a moment of such political engagement in the local arts scene. Of course, by “political,” I don't mean Republican or Democrat, but that intersection where the arts reject escapism in favor of a confrontation, body and soul, of the powers that be.

The evening's first selection, Shostakovich's 10th Symphony in E minor, is famous for tackling such matters. First performed after the death of Stalin in 1953, it evokes the many tangled emotions springing from life under an authoritarian regime, and the palpable relief when it comes to an end. Shostakovich had a particularly anxious life under the reign of Stalin, having been singled out for personal persecution by the regime due to his talents and notoriety as a composer. The MSO deftly brought all its conflicting emotions to life, from the first movement, alternatively tragic and threatening as it cinematically pans across the landscape of destruction left in Stalin's wake, to the subsequent movements that range from spritely euphoria to panic.

In the context of the last year endured by Americans, action-packed with attacks on the rights and liberties of minorities, immigrants, women, and workers, teetering on the edge of nuclear conflagration, this was indeed a cathartic performance. The analogy with dictators past was given a finer point when a Republican Senator recently compared our current president with Stalin himself. But one need not literally equate the two to realize that the both extreme Stalinism and the current atmosphere of class war foster constant anxiety, and that major compositions of this caliber address such anxiety admirably.

Naturally, I'm reluctant to project my own interpretation on the programmatic choices made by the MSO or music director Robert Moody. But the end result — a world class performance of one of the last century's most important works — was cathartic on what I can only call the internal/sociological level. How we live as citizens runs deep, and it was on this level that every strident snare hit, cymbal crash, and brass fusillade hit me. 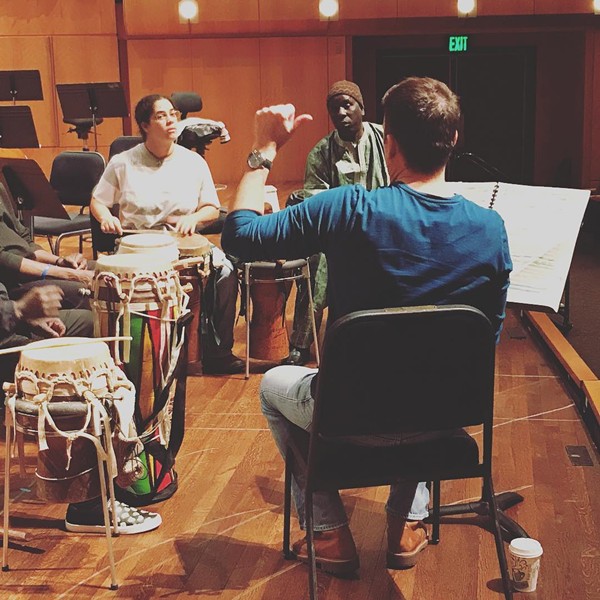 Thus, already musing on life under real or would-be authoritarians, it was especially gratifying to hear the night's second selection, James DeMars' Sabar Concerto for African Drum Ensemble and Orchestra. The audience returned from intermission to see four chairs set before the orchestra, each with an African drum in front of it. DeMars, a Minnesotan who came into his own as a composer in the 1980s and 90s, has said this piece was composed to “integrate the musicians of two cultures to celebrate the new millennium.”
The concerto that unfolded was thus an intriguing blend of Senegalese rhythmic tropes with heroic and celebratory orchestral flourishes. With three of the four featured drummers (Abdou M'Baye, Dethie Sarr Diouf, and Medoune Yacine Gueye) being Senegalese, the rhythms were presumably true to their local cultures; certainly they and non-Senegalese Sonja Branch seemed psychically connected in the extended unison passages. But the percussive elements weren't limited to the drummers, as the harp evoked the cascading arpeggios of the West African kora, at times woven with complementary rhythms from the piano, xylophone, and vibraphone. At times, the stage was also graced with the dancing of the Watoto Memphis Performing Arts Academy Dance Ensemble.

Coming quick on the heels of derogatory comments about Africa from the head of our executive branch, this piece too had a resonance completely apart from any of the composer's intentions. But such resonance was welcome nonetheless.
Further societal resonances, intended or not, will be explored by the MSO tonight, as they perform Bach's Brandenburg Concerto No. 3, Barber's “Knoxville: Summer of 1915,” Corelli's “Christmas Concerto,” Thofanidis' “Muse, and Purcell's “Dido's Lament” and “Sound the Trumpet.” The program is dedicated to the memory of George Riley, a renown native Memphian who went on to create a legacy of progressive legal work in San Francisco.

The Memphis Symphony Orchestra presents BACH BRANDENBURG - a special concert in memory of George Riley, January 18th, 7:30 PM to 9:30 PM, Cannon Center. Other performances of this program will include Saturday, January 20th at the University of Memphis, Harris Concert Hall, at 7:30 pm, and Sunday, January 21st at the Germantown Performing Arts Center, at 2:30 pm.