Some of Sunday's Grammy award winners had deep Memphis connections, as local talents continue to put the city on the state-of-the art production map. While Memphis may be best known for renegades who forge their own path, the flipside is that these mavericks ultimately become sought-after contributors in the big leagues for those same innovative approaches.

The city's musicians and engineers boasted sixteen nominees for works released in 2017, conveniently documented by fellow Memphis blogger and musician John Paul Keith. The one nominated record featuring the most Memphians playing together was surely Robert Cray and Hi Rhythm, but, despite some brilliant band chemistry and an inspiring return to form by the classic Hi Rhythm lineup, the Grammy for Best Contemporary Blues Album went to the formidable pairing of Taj Mahal & Keb' Mo'.

Surely the Memphis-related winner with the most international exposure was Kendrick Lamar's DAMN, which won for Best Rap Album. As it's an album category, Memphis producer and songwriter Travis “Teddy” Walton, who co-wrote and produced the track “Love,” will take home a statuette for his contribution. The video below gives an insider's view of Walton's work flow and how he came to work with Lamar.

Meanwhile on the rootsier side, we've come to expect great things from producer/engineer Matt Ross-Spang. Two years ago, producer Dave Cobb and engineer Ross-Spang contributed to Jason Isbell's Grammy win in 2016 for the LP Something More Than Free. Now they've done it again, with Isbell's “If We Were Vampires” winning for Best American Roots Song, and he and his band, the 400 Unit, winning Best Americana Album for their LP The Nashville Sound (both engineered by Ross-Spang). Though the album was recorded in Nashville, Ross-Spang's role in the latest win bodes well for future work at his home base, Sam Phillips Recording.

Finally, one more Grammy winner had Memphis written all over it: the Best Album Notes award for Otis Redding Live At The Whisky A Go Go: The Complete Recordings. Lynell George, the L.A.-based writer who won the award, clearly found her involvement in the album inspiring. “For me the best part of this award is that it honors both Otis' dream and his memory,” George told the Los Angeles Times after her win was announced. “L.A. was an integral spot on his path, it represented the next rung of fame — going from star to superstar. Those Whisky shows proved that he was more than ready.” 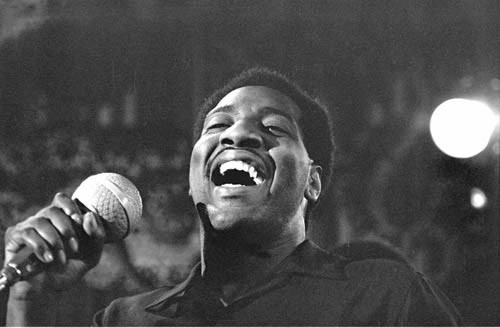 As the L.A. Times notes about the 1966 shows featured in the release, “Redding’s appearance brought fiery soul and R&B into the mix, and had a huge impact on those who witnessed the shows, including Bob Dylan, Van Morrison, the Band’s Robbie Robertson, Doors guitarist Robby Krieger and future roots music guru Ry Cooder, whose band Rising Sons with blues musician Taj Mahal, opened for Redding.”