5 Fridays of Free Jazz Livens up the Library

March 06, 2018
comment
The "5 Fridays of Free Jazz" concert series returns this Friday to bring the noise into what is traditionally a place of quiet: the library.

A partnership between the Levitt Shell and the Memphis Public Library, the "5 Fridays of Free Jazz" performances take place every other Friday starting at 6:30 p.m. at the Benjamin J. Hooks Central Library. “5 Fridays of Free Jazz,” now in its third year, outgrew its original home in a library meeting room, so concerts now are held in the main lobby, typically drawing 200 or more listeners.

The series helps the Levitt Shell organization, which hosts 50 free concerts as well as a few ticketed events each year on its namesake outdoor stage in Overton Park, to extend its mission of "building community through free music," says executive director Anne Pitts.

"There's such incredible jazz music here in Memphis, such wonderful jazz musicians, but not as many venues for that kind of music," Pitts says. "We wanted to create a space where that music could really be enjoyed by the masses, and so this was a perfect avenue to do that. 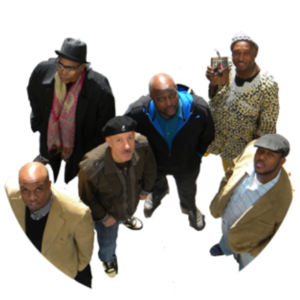 Performing at this Friday's season opener is World Soul Project, a group of veteran Memphis musicians reuniting after some years apart. Led by guitarist Gerard Harris and keyboardist Ben Flint, along with James Sexton on drums, Barry Campbell on bass, and Ekpe on percussion, World Soul Project fuses Brazilian and African textures with jazz and funk structures.

"We are trying to bring in great music that people are used to seeing and hearing as part of this series," Pitts says, "but also extend it and include more of a world music base to it."

On March 23, it's a double bill with saxophone and flute dynamo Hope Clayburn, leading her funk-soul project Soul Scrimmage, plus Joyce Cobb, one of Memphis' preeminent vocalists and song interpreters for some five decades.

The April 6 date features The Maguire Twins. Japanese-American identical twins drummer Carl Maguire and bassist Alan Maguire studied together at the Stax Music Academy and later at the University of Tennessee in Knoxville, where they met their mentor, famed pianist and native Memphian Donald Brown. Brown produced their second album as co-bandleaders, "Seeking Higher Ground," which comes out March 18, just one day before their 22nd birthdays.

Wrapping up the series on May 4, Ekpe returns with another band of longtime Memphis players, the African Jazz Ensemble, to incorporate African influences into jazz and soul forms. 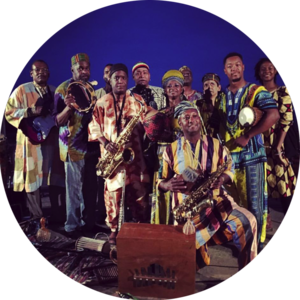 "We very intentionally use this series to help develop and build audience for jazz music," Pitts says of how "5 Fridays of Free Jazz" complements the Levitt Shell's signature free concert series. "We make jazz a priority in our season, and we are constantly looking for great jazz musicians to bring in. There is such love and passion for this genre of music, and so this series we felt like was just so timely in being able to bring in those lovers of this music and also helping us identify who the people are in Memphis who love jazz so we can reach out to them."