Imagine, if you can, that you've never heard of Johnny Cash.

It's nigh impossible, especially here in Memphis, where he lived for years while recording his first hits. As with Elvis, Nashville lays claim to him, too, but really, he's everywhere. Yet now and then you may meet a stranger who's just learning of the legend.

Brian Oxley was just such a stranger. His father, a Marine in World War II, was so moved by the atomic devastation he witnessed in Japan that he settled there permanently to raise a family and assist in the country's reconstruction. He also did well for himself, getting in on a growing business called ServiceMaster. Cut to the 21st Century, when Oxley, having grown up in Asia all his life, found himself in a Chicago record shop. “Who's that?” he asked the clerk, pointing to a photo on the wall.

“What, you've never heard of Johnny Cash?” said the clerk. Presidents come and go, but Cash is forever. He promptly loaded Oxley up with a few choice CDs, and a new obsession was born.

Indeed, as Darrin Hillis, one of the organizers behind the upcoming Delta Fair & Music Festival, puts it, “Brian, within a year, had purchased Mama Cash's house in Hendersonville, because that's where Johnny spent his last days.” Not long after, he also purchased the Cash family's rural retreat near Dickson, Tennessee, and the little country grocery store down the road for good measure. Both are being developed as pilgrimage destinations for true Johnny Cash devotees. And they are legion.

Hillis tells the tale by way of explaining the unique performances he and mastermind Mark Lovell have booked for the fair, running from August 31st - September 9th at Agricenter International. They'll feature dozens of performers, but local Cash fans are rejoicing at a special tribute planned for September 2nd: the Johnny Cash Family Reunion.

Hillis further explains, “I got involved because Fluke Holland, Johnny Cash's drummer for his entire 37 years of touring, is a buddy of mine. So I called him about getting everybody together that's still playing music.

"Next thing you know, we got this thing cooking. Thomas Gabriel is just amazing, he's Johnny's first grandson, and Mark Alan Cash, that's another nephew. The Oxley family has brought them out.

"And then you've got Roy Cash who's here in town. A lot of people don't know about him. He's a war hero. That dude went out to San Diego about a year ago and met with all the fighter pilots from Vietnam. They were trying to kill each other way back when, but they went to some Navy base out there and made amends. Roy will be there. And Dan Oxley [Brian's brother] is a world class trumpet player. Hopefully he'll play on 'Ring of Fire'."

They'll play plenty of Johnny's tunes, of course, but there will be non-musical delights as well.

“They're gonna do all kinds of songs, even some new ones they've written. Then they'll have an all-family singalong, where everyone will participate. And Cindy Cash might come and tell some stories. Also, Brian bought the 'One Piece at a Time' Cadillac. Back in the 70s, a guy built that car for Johnny [based on the hit song]. And he absolutely loved it. That's the car he drove, apparently. So that'll be there at the show.”

But what of you, dear reader? Have you heard the Man in Black? On the off chance that you haven't, you'd best get to listening. One place to start would be the recent album from England's Charly Records.Late last year, they remastered the Sun Records tracks that put Cash on the map, which still stand as some of his finest work. Even longtime fans will appreciate the care that has gone into this fine slab of vinyl, now clearer than ever, sporting both hits and lesser-known gems like “Straight A's in Love” and “Luther Played the Boogie”. 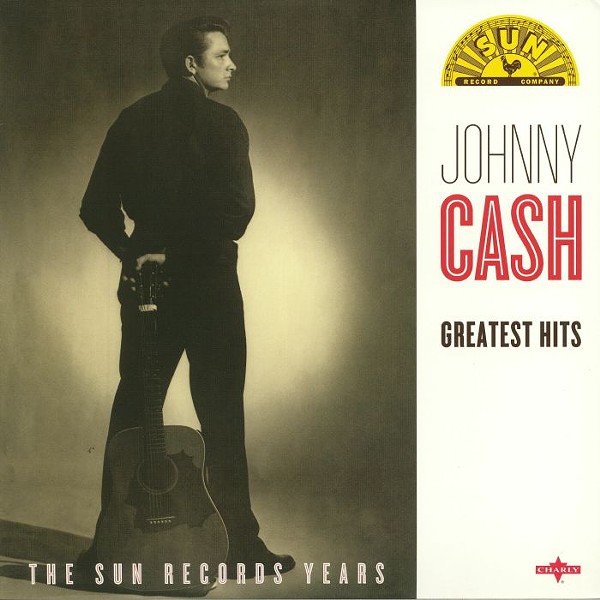 And by all means, get out to the Delta Fair and Music Festival to hear the music of Johnny Cash by those who knew him best. The man himself may be gone, but his legacy will cast a shadow for a thousand years.

The Delta Fair and Music Festival, at the Agricenter (7777 Walnut Grove Rd.), will feature local, regional, and national acts every night from August 31st - September 9th. As with all good fairs, there will be livestock.