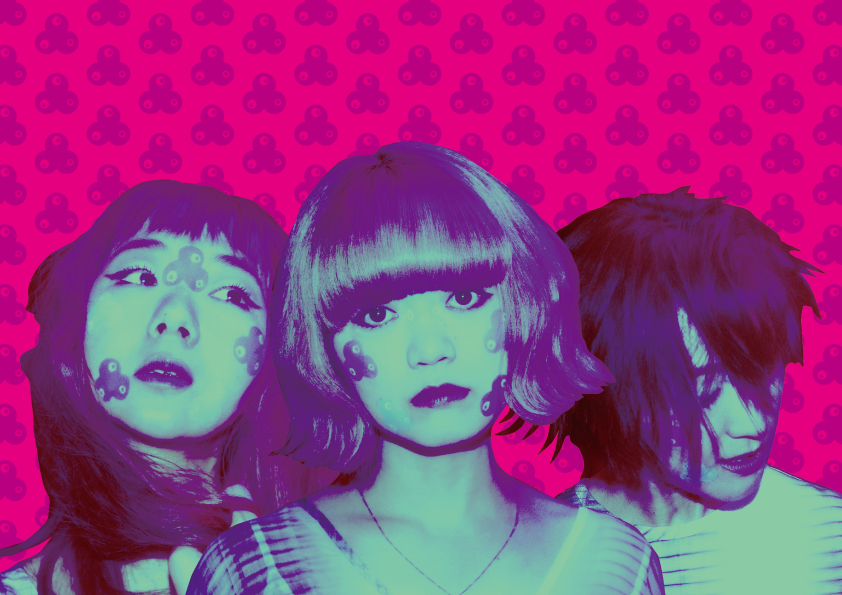 There is a long history of punk, tweaked pop, and no-wave music from Japan, and such bands are beloved in the Bluff City, to which hundreds of Guitar Wolf fans can attest. Shonen Knife is much loved also, going back to their shared gig with the Country Rockers at Maxwell's in the early '90s.

But I must confess, I've only just learned of TsuShiMaMiRe, and they may just be my new favorite band. Memphis should pay attention to them. Like Shonen Knife, they are a trio of women with a diehard DIY attitude, but their similarities with that band should not be overstated. While Shonen Knife played shambling, yet peppy, pop songs with amateurish gusto, TsuShiMaMiRe pack considerably more wallop.

Where the rhythms of Shonen Knife were pleasantly clunky, TsuShiMaMiRe rock hard. Their blasts of guitar distortion sync up with the bass and drums like a sledgehammer. Beyond that, there are myriad subtle touches that distinguish them from other screaming punk purists. Dynamic breakdowns give you a breather, only to crack your skull seconds later. On top of this, they layer some actual singing, eschewing de rigueur hoarse screaming for simple but effective melodies (and yes, screaming!). It's an irresistible combination. If the Buzzcocks had been women who relied on bigger walls of noise guitar riffs than were imaginable in the '70s, the result might be TsuShiMaMiRe.

But don't take my word for it. Check out this video and see if you can resist heading down to the Hi Tone tonight. Arrive early to hear A Thousand Lights (with the Memphis Flyer's Chris McCoy), the city's latest and best Stooges-inspired band, who made their well-received debut opening for My Life With Thrill Kill Kult in Nashville this past April.