November 19, 2018
3 comments
Today, the French journal Libération reports that Patrick Mathé, co-founder of New Rose Records and Last Call Records, has died. The details are not available at this time. He was 69.

The importance of both labels to Memphis music, and underground music in general, can scarcely be overstated. After working to import punk music to France, starting in 1976, Mathé opened the New Rose record store in Paris in 1980. Soon after, he and partner Louis Thévenon started the label of the same name. 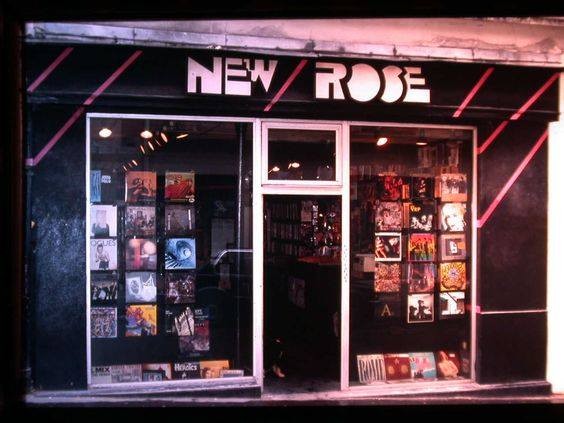 Their first release, the Saints' Paralytic Tonight, Dublin Tomorrow, set the tone for a long track record of soulful garage rock, alternative, and punk music. Many Memphis-associated artists were eventually released on the label, including Alex Chilton, Tav Falco & His Unapproachable Panther Burns, the Hellcats, and the Country Rockers. Chilton, after releasing two Eps on Big Time, shored up his career revival in the mid-’80s with High Priest, Black List, and Clichés on New Rose. The label also released such Chilton-produced gems as the Gories' I Know You Fine But How You Doin'? and Les Lolitas' Fusée D'Amour.

Even renegade country groups like the Country Rockers or Our Favorite Band, some of the first artists recorded by Memphis' Doug Easley (who would doubtless be rejected by today's gatekeepers of Americana), were welcomed by New Rose, as were many other unclassifiable combos. Many of them were featured on compilations like the multi-band Everyday is a Holly Day, a tribute to Buddy Holly, as well as on albums under their own names.

In the 90s, New Rose was put on ice, as Mathé launched Last Call Records with much the same aesthetic as its predecessor. Perhaps that label's greatest achievement, subjectively speaking, was the brilliant Cubist Blues, an improvised album by Alex Chilton, Ben Vaughn, and Alan Vega, released in 1996. It also re-released many older New Rose titles, and continued to operate well into the 21st Century. As Vaughn wrote in a Facebook post today, “He was the first true 'bon vivant' I ever met. A great music man. He will definitely be missed.”