Sounds Flowering Around Town: Some Early Music Series For The Week Ahead 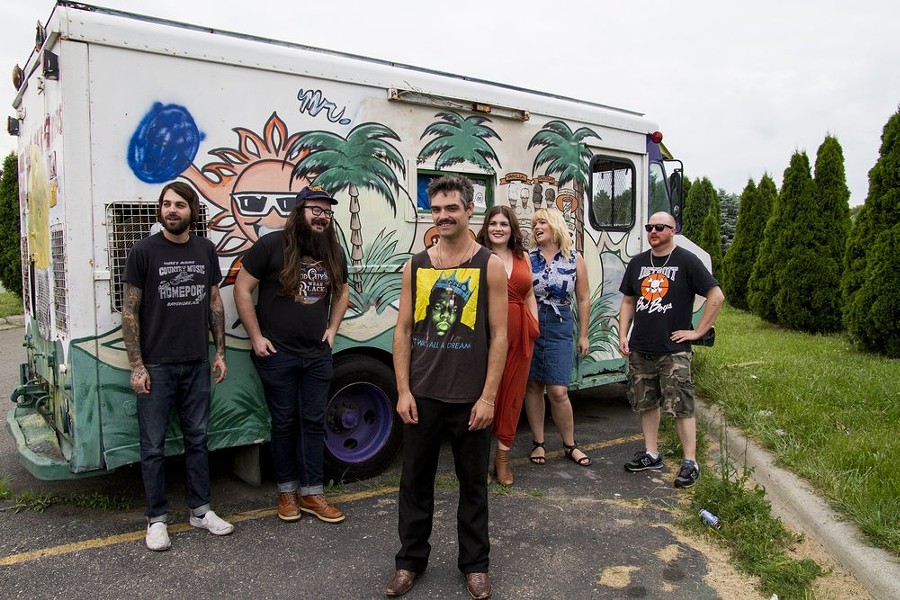 We've passed the post of the vernal equinox once again, and spring is in full swing. As the leafy branches bud out for sunlight, so too are Memphis music fans lending their ears to the swirl of sounds that will float through the air from now until Halloween. While next week's Memphis Flyer will feature special coverage on the fairs and festivals that await us, there are a few kicking off the season this weekend, before that issue hits the streets. Here's a tip sheet for those itching to dust off their camping chairs right away.

The River Series at the Harbor Town Amphitheater kicks off it's fifth year this weekend, and its combination of a stunning view of the city's waterfront, spring weather, and expertly curated music always delivers a superb experience. This Sunday will feature Detroit's Craig Brown Band, who Rolling Stone recently named one of 10 new country acts you need to know, describing them as “dive bar-ready insurgent country and ragged, punk-fueled folk-rock with witty lyrical musings about the mundane.” More importantly, Third Man Records and the good folks at Goner clearly dig them. Opening the show will be local favorites Aquarian Blood, who have, as event organizers note, "recently returned to the home-recording moon-warped folk/psych more reminiscent of their early days."

A lesser-known music series also kicks off this weekend, and will continue into May: the Spring Music Series at Overton Square. Setting up in the tiny Chimes Square, live local bands make the intersection of Madison and Cooper ring with harmonies, adding their sounds to those already wafting out from the surrounding clubs. This year's performers will include:

Just a stone's throw from those live bands, a wholly different sort of festival will be going down, as the Midtown Opera Festival 2019 takes over Playhouse on the Square for a week. The centerpiece of the festival is the premiere of The Falling and the Rising​, a new American opera conceived by Sergeant First Class Ben Hilgert of the U.S. Army Soldiers' Chorus. Based on  the imagined journey of a soldier suspended inside a coma after a roadside attack, the story takes us through a coma-induced dreamscape punctuated by "encounters with other fellow service members, each on the brink of discovery...in a strange and ever-shifting universe." The story was based on interviews with returning soldiers at Walter Reed National Medical Center, Arlington Cemetery, and Fort Meade.

The festival also includes a host of other "fringe events," as well as a new staging of Mozart's The Magic Flute as a Sunday matinee at Harris Concert Hall at the University of Memphis.

Further afield, blues fans up for a short road trip should get ready for the 16th annual Juke Joint Festival in Clarksdale, MS. Describing itself as "half blues festival, half small-town fair and all about the Delta," the festival will feature over 100 blues acts. Clarksdale, of course, has been called home by such greats as Son House, John Lee Hooker, Junior Parker, Ike Turner, Eddie Boyd, Sam Cooke, Muddy Waters, Pinetop Perkins, Earl Hooker, Lil Green, and Big Jack Johnson, but current-day blues fans may love contemporary artists like Super Chikan, Kingfish, Big A and Watermelon Slim even more.

The festival kicks off on Thursday, April 11, with a performance by Rev. John Wilkins and band, just returning from a brief stint in France (see next week's feature for more about Wilkins). Then the festivities carry on through Sunday, April 14. See the website for schedule details.

And if you want more, pick up a copy of our cover story in a few days. There, you'll find a skeleton key to as diverse a collection of fests, throw-downs and parties as you could want. While the days grow longer, and before the heat shuts down all your ambition, get out there and treat your ears to the glorious noise that only Memphis can offer.

Note that the River Series at Harbor Town has been moved to Loflin Yard.