"The George Klein Tribute Show" to be Held August 11th 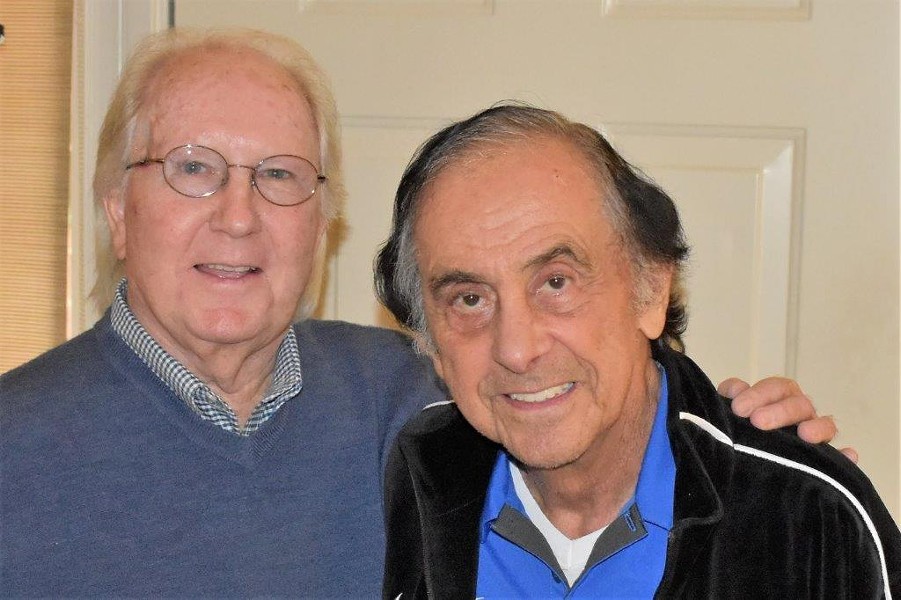 George Klein will be honored at “The George Klein Tribute Show” on August 11th at 4 p.m. at Lafayette’s Music Room.


It’s fitting that Klein will be honored during “Elvis Week.” He and The King were close friends from the 1950s until Elvis’ death in 1977.

Klein, who died February 5th at the age of 83, was a radio and TV personality. He was a deejay, had his own TV shows, made personal appearances seemingly everywhere, and was in Elvis movies, including “Jailhouse Rock.”


Jerry Williams, a friend of Klein’s for 71 years, put the show together. “He’s a Memphis icon,” Williams says. “He deserves it.”


The lineup includes Carla Thomas, Joyce Cobb, Merrilee Rush, T. G. Sheppard, Ronnie McDowell, Kelly Laing, Wendy Moten, William Bell, Royal Blues Band, and Jason D. Williams. “I didn’t get one ‘no.’ When I would call them, literally every one of them had their stories about George and what he meant to their career - from playing their first record to putting them on the TV show. No conversation was without tears.”


Williams says he could have had 100 people perform, but he stopped at 10.

Williams met Klein in the spring of 1948 “because of the Memphis Chicks baseball team.”


Klein was 11 and Williams was 8. “When the Chicks would start spring practice for the season, we would make 30, 35 cents a day. We would shag balls. We were batboys. We got to know all the guys.”


Their friendship continued after Williams moved to California in 1964 to manage Paul Revere & the Raiders.


And it continued after Williams returned to Memphis. “I came back in ‘69 and built Trans Maximus (TMI) Studios. And from that we had TMI Records.”


TMI was a success. “We stayed on charts at TMI for seven years without coming off. Steve Cropper was in charge of production.”

They cut records for Poco and Charlie Rich, among others. They also cut Jeff Beck’s Going Down album, which was Beck’s signature album with the title song written by Don Nix.


Klein played those albums on his radio show, Williams said. “Absolutely. He played every one of them. George was fabulous about playing anybody local. Anything recorded by local artists and by international artists who recorded in Memphis.”


He and Klein would talk daily after Williams permanently moved back to Memphis in 1971, Williams says.


“Somebody asked me, ‘What do you miss most about George Klein?’ I said, ‘George Klein.’ The reason is very simple. He was always a what-you-see-what-you-get kind of guy. No airs to George Klein.”


Klein “didn’t really know he was important to the world-wide music industry. Did you know he was the first person with a live broadcast show to put an African-American on live in Memphis? Fats Domino."


He also invited African-American couples to dance along with the white couples on his TV show, Williams says.


“George Klein was a special guy because he did things he thought were right at the time that the world thought was wrong. And he went across the grain.”


Williams will host the “The George Klein Tribute Show,” which will be a first for him. “This is not a wailing wall kind of thing. This is entertainment.”


Tickets to “The George Klein Tribute Show” are $50. VIP tickets, which includes a “swag bag,” are $100. Tickets may be purchased at Lafayette’s Music Room. For more information, call (901) 207-5097 or go to lafayettes.com/mwmphs/event-tickets/