In an era of shoestring budgets for municipal orchestras, too often at the mercy of the national economy's roller coaster, seeing a local orchestra built on novel principles succeed for twenty years is remarkable. And that's exactly what will be championed as the twentieth season of the Iris Orchestra begins tomorrow.

Iris features musicians who assemble for each concert from some of the country’s best orchestras, universities, and chamber groups, to perform as the resident orchestra of Germantown Performance Arts Center and, more recently, in chamber concerts at the Brooks Museum. Conductor Michael Stern, son of the legendary violinist Isaac Stern, is the music director of Iris, and also conducts the Grammy Award-winning Kansas City Symphony. I spoke to him recently about the significance of Iris turning 20, and what makes this orchestra special.

Memphis Flyer: Iris' 20th season looks impressive, with programming that echoes the worldwide celebrations of Beethoven happening this year and next.


Michael Stern: We have a rather happy confluence of anniversaries. It's the 20th anniversary of Iris, and that's pretty amazing to me. And we're celebrating 250 years of Beethoven. Nobody needs to rescue him from obscurity, but he is arguably one of the titanic figures in music. And the entire known musical universe is celebrating him in 2020. Aside from our anniversary, there's also the anniversary of my father, Isaac Stern, who would have been 100. 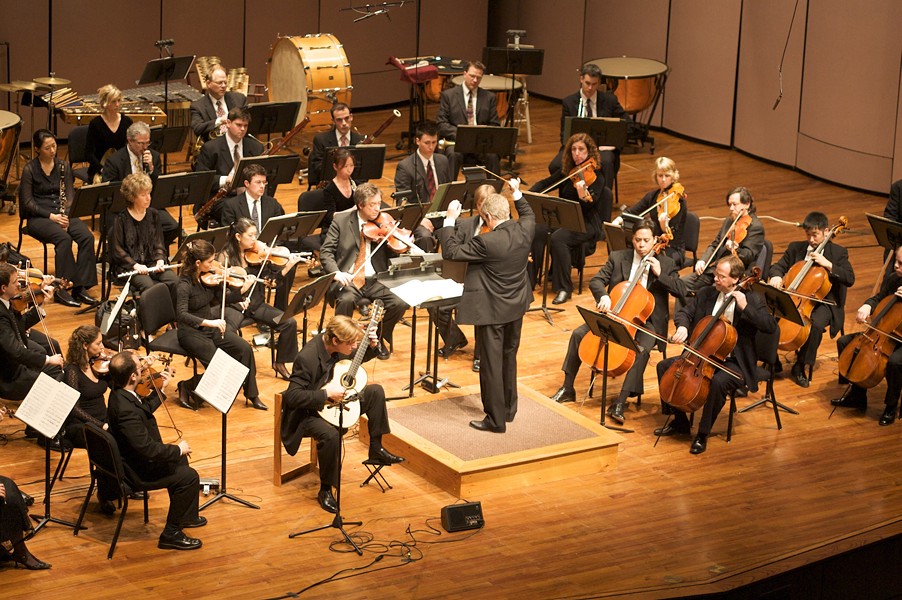 And what we were trying to do is salute, in our twentieth year, the various ways we have been meaningful to the community. Remembering the great music — that is where Beethoven comes in. And we made him the theme of our chamber series at the Brooks. And we're also celebrating Memphis. We're remembering the elements of Iris that made forming this orchestra special to us right from the beginning, and that we've been able to continue to do all these seasons. The Beethoven thing is very appropriate, and we've decided to ask all of our soloists to curate a chamber concert that included at least one Beethoven work. Which is why you see him on the program every Sunday.

We asked the Trio with Pinchas Zukerman, Amanda Forsythe & Angela Cheng to play the Beethoven Triple. We also asked Garrick Ohlsson to play Beethoven in the first concert, and the layer of meaning with Garrick goes even further, because we were looking back to our very first season. And all three pieces on that program were played then. Garrick was the second soloist that we ever had. The piece that he played was Beathoven's Piano Concerto No. 2. And we haven't done it since. So we are looking back 20 years to recreate Garrick's performance that launched our existence.

Given the struggle of traditional orchestras to survive recently, has this been an "against all odds" kind of project?

"Against all odds" sounds a little desperate and improbable. I think we worked hard. I think there were challenges. There were some years in the middle where the economy crashed and everybody had to retrench. But we survived, maintaining the level of excellence that we have always striven for. And keeping true to our mission, re-thinking how an orchestra could be and how we could re-engage with the community. Certainly over the years, with all the outreach engagement that we've done in the community, the number of master classes, the level of soloists that we brought, and now of course our Iris Artist Fellows program, we just wanted to make the case for music and the arts, especially for young people, in Germantown and the Mid South.

In a nutshell, how would you say Iris is unique in its mission?

Organizationally there's really no orchestra like it. We started as the only municipally funded orchestra in the United States. That was already groundbreaking. And I give huge credit to the Board of Aldermen and GPAC and Patrick Lawton, for having taken a chance on starting such a thing and maintaining it. When we evolved into our own 501(c)(3), we continued that idea, by serving the community in a unique way.

We are tied to this place, but our membership is from all over the United States. And some people who have been playing with us for 15 or 20 years, and are now professionally living in Europe, will time their vacations so that they'll be free to come back and play with us. That kind of loyalty and dedication is pretty impressive, and it shows. 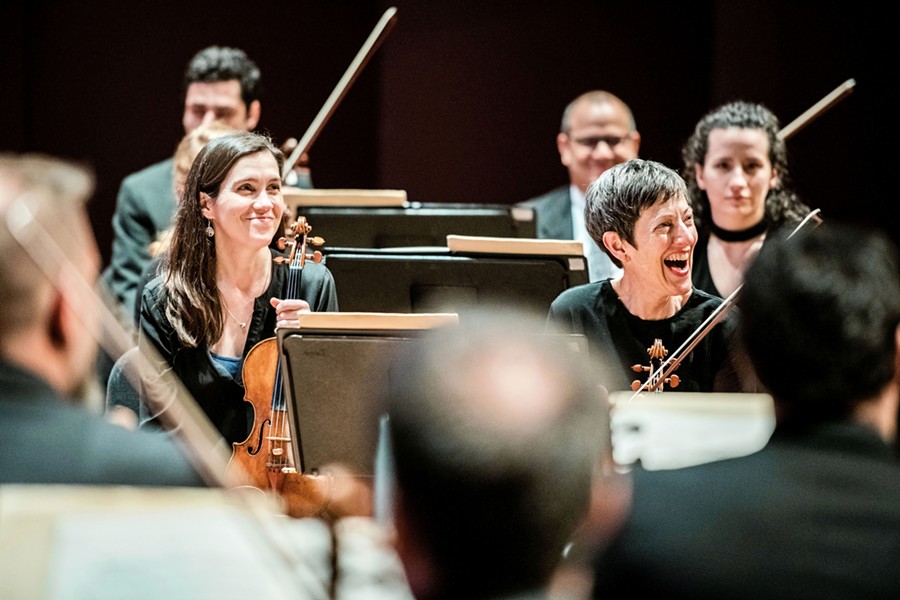 Also, it's a completely democratic experience. The person playing concertmaster in one concert might play in the back of the second violin in the next. The person playing second oboe on the first half will play first oboe on the second half, and so forth. So there's no competitiveness. There's just this feeling of coming together and making the best music possible — very quickly. We gather on Thursday and Saturday we give the first concert.

So there's a camaraderie among the players that's unusual. Yes, we fly them in from all over, but it's not a pick up group. It's a central family, a pool of players, from which we continually draw, all of whom have established ties to the community.

How specifically are Iris' players tied to the community?

The idea that the musicians should not just stay at a hotel, but be embedded in the community with their host families, was part of Iris from the beginning. It was not done as a cost saving measure, but rather as a way of immediately embedding the orchestra into the daily fabric of the community. And what's been amazing is that a lot of musicians have been "adopted" by their host families to the point where they'll go to weddings and graduations and, sadly, funerals, and happy life events of all kinds, so they really have become part of the family. And that's a really lovely thing. And one of the reasons we're still here after twenty years.

Do you feel that Iris' programming makes it unique?

Over the years we've played literally everything, from pre-Baroque music to pieces that we've commissioned. We've commissioned a lot of pieces, and we've recorded pieces. A lot of American composers have written for us really successfully. Adam Schoenberg and Jonathan Leshnoff, for example. We've played Ellen Zwilich and Phillip Glass. It's really gratifying to look back and see how many contemporary composers we've either commissioned or programmed. And, I have to say, our list of soloists is surpassed by nobody. I would put the list of soloists that we've invited over the years over any performing arts organization anywhere.

Conrad Tao is one of the hottest names on the scene right now. He's writing a piece for us, 'cos he's got great composing chops, and he's playing the Brahms First Piano Concerto. Nancy Zhou is a nod to my father's centenary. There's an international violin competition in Shanghai, China, and she is the latest winner. She's coming to play with us. Anne-Akiko Meyers is playing a fairly new work by Adam Schoenberg and we've had a fifteen year relationship with Adam. So it's really very nice to have a season which looks forward and looks back, celebrating the milestones of the last two decades and looking forward to the next two decades.

How does your father's legacy inform Iris?

I think he was one of the most important musical figures of his time. He was among the greatest violinists of the 20th Century. And he was a towering figure in American musical and cultural life. I like the idea of being a good son and honoring my dad, but it's not about that. It goes beyond that. I think especially in this day and age, more and more we need to be advocates for those things that we believe we are important, and for arts and music there has never been a more urgent time when advocacy and activism on all levels is important. Certainly for education.

And he, with his bully pulpit, really put his money where his mouth was, and stood up for music and for the arts in a very effective way. Aside from saving Carnegie Hall, which he's very well known for, he sat in the Oval Office and helped convince the powers that be, or that were, to form the National Endowment for the Arts. He advocated for music in public school systems all the time. He tirelessly worked for higher music education across the board, not just specialized professional education. He mentored some of the greatest young players of his time. And he was always advocating the idea of the primacy of art and music in our lives as Americans. I think that legacy is real and important and deserves to be remembered.

So, Iris carries on that tradition of advocacy. We celebrate the other arts institutions in town. So we're not competitive with others. On the contrary, I think, more and more, Memphis is exhibiting a really robust and vibrant cultural and musical scene, and that we've had the privilege to be a part of it for 20 years is pretty special.