Music On Film: Two Inspiring Documentaries To Curl Up With This Week 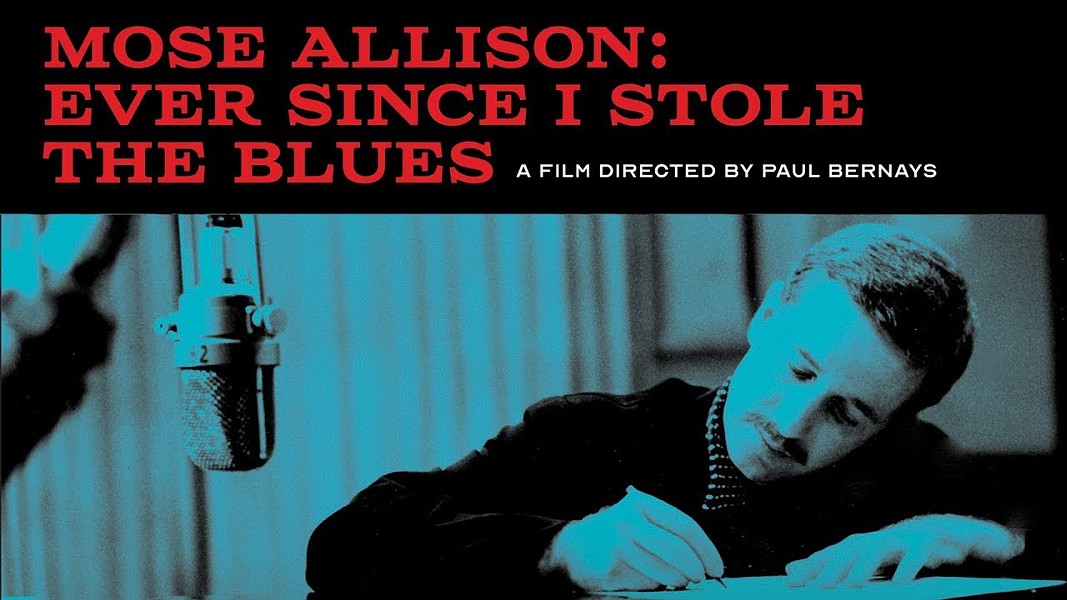 If "a picture's worth a thousand words," as they say, then the value of 24 frames per second is incalculable. Two albums recently featured in the pages of the Memphis Flyer also feature accompanying films about their respective artists, and fans of either album will want to seek these out to enhance their appreciation of the music.

First up, we have the little gem tucked in the sleeve of Fat Possum's recent all-star tribute to Mose Allison, If You're Going to the City. The two LP set itself is a gem, but it wasn't until I'd listened to it a few times that I stumbled across the accompanying DVD, Mose Allison: Ever Since I Stole the Blues.

This is a BBC documentary dating from 2005, directed by Paul Bernays, with production values in keeping with previous documentaries Bernays has made, such as 1959 : The Year That Changed Jazz. For this, he was able to journey with Allison to Tippo, Mississippi, where Allison was born, to speak with members of his family and gather images of the local family legacy, including the gas station once run by Allison's father.

"He's the only man that ever got rich in Tippo. The only man," says Victor Buchanan, speaking of Mose's father, his former employer, who owned more than one business and much real estate in the area.

The film, having been made over a decade before Allison's death, is perhaps the last great record of the man revisiting his past. "Growing up in Tippo, Mississippi, I probably heard more varieties of music than any other place I could have grown up...the service station was where one of the jukeboxes was," Allison comments early in the film, as we see him strolling down back roads in his unassuming leisure wear. Now that he is gone, such moments are laden with significance.

This being a U.K. production, there is a lot of commentary by British artists, which is quite in keeping with Allison's influence on the history of rock. Pete Townshend recalls, "When I first heard Mose Allison, I thought he was black, because he sounded so authentically from the Delta." The Who's version of "Young Man Blues," of course, helped bring Allison to a new, global audience.
"He's the premier lyricist in jazz, you might say, because he's put all this wit and commentary into it," says Elvis Costello, whose collaboration with Amy Allison, Mose's daughter, is one of the highlights of the tribute album.

But there is more than reminiscing in this film. The bulk of it captures nearly complete performances of Allison in the kinds of clubs where he spent most of his life. If tribute albums can at times lose sight of the ostensible honoree in the white hot glare of celebrity guest artists, this one at least offers the corrective: a world-class time capsule from a time when Mose walked among us.

Speaking of world class, Kirk Whalum's new album, Humanité, is also being co-released with a documentary, sold or streamed separately from the audio release. Titled Humanité: The Beloved Community, the film is clearly striving to be more than a promotional clip for the new album, a visionary labor of love by Whalum, who consciously created the album as a gathering of players from around the world.

From the start, Whalum's friend, film director and producer Jim Hanon, was involved. This film was clearly a labor of love for him as well, as he functions as co-producer, director of photography, editor and director all at once. And to be sure, the photography here is delectable, a perfect compliment to the extremely polished, cosmopolitan jazz-pop of the music.

The first thing one notices about the music, in the context of the film, is that it's not particularly Southern. It's disorienting because the opening imagery is primarily of Dr. Martin Luther King, Jr., with Whalum's voice-over recalling his youth in Memphis churches. The soundtrack, unlike so many documentaries with similar images and narration, is not drawn from iconic African American spirituals, but is rather a largely instrumental track echoing the easy sing-song soulfulness of Bob Marley, with all the edges smoothed out. Ultimately, a chorus joins in with the words "We shall overcome," but it's not the same old protest song we know. 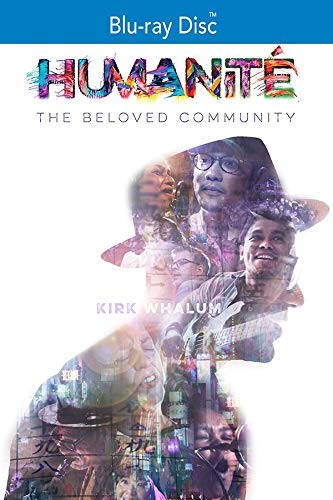 As the film unfolds, it becomes apparent that this disorientation is partly the point. As Whalum journeys through the world, cameraman in tow, he's trying to show common threads in the struggles of the poorest people in the world, including Memphis. And the touches of world music that inflect all the album's tracks become, in essence, that common thread. Ultimately, the team offer a creative approach to the film's stated goal of channeling "the ethos of civil rights in a raw and compassionate tale of harmony in a divisive world."

As it turns out, Whalum's recollections of growing up in churches where his father preached, including one that was little more than a shack, are just the beginning. He's not the only musician here to evoke the development of a life dedicated to music and faith: in every locale across the globe where he records, the struggles and triumphs of the musicians he works with are highlighted. And they are beautifully illustrated by Hanon's roving eye.

If this is the season when the world's demands are put on hold, a time when we can strive to see the bigger picture and the common threads, what could be better than augmenting one's love of music with these two in-depth glimpses of the stories behind the the art? From Mose Allison's combination of homespun wisdom and rapier wit, to the more open-ended search for community that leads Kirk Whalum across the world, these films will help you start the new year in a more philosophical, thoughtful place.