That 70s Revolution: The Potent Global Force of Soul Music, Screened at Stax 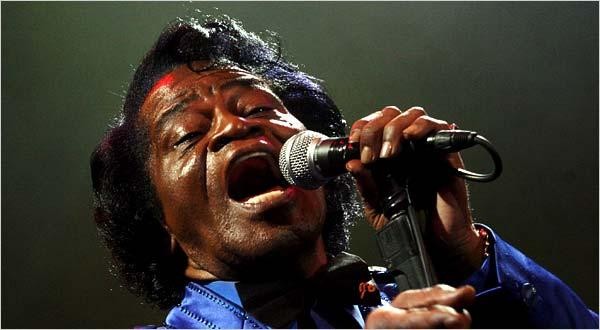 Like many, I was stunned by the 1996 documentary, When We Were Kings. Though I never followed boxing, the film's recreation of the political context of a much-hyped 1974 match between Muhammad Ali and George Foreman in Zaire, the "Rumble in the Jungle," was so compellingly crafted that the fight became much more than just a fight. Ali represented an unapologetically radical vision of African American pride and resistance, while Foreman seemed to unconsciously channel more regressive politics. It was no surprise when the film won an Oscar, though the recent prospect of a musical based on the movie may stretch one's credulity somewhat.

Part of the film focused on the concurrent Zaire 74 music festival in Kinshasa. Like the fight, it was organized by promoter Don King, and featured many luminaries of both American and African soul music. And yet the lean, effective editing of When We Were Kings offered only a small sampling of the music that was going down, a tantalizing glimpse of the global reach of American soul, as it came to honor the ancestral lands of so many of its heroes.

Enter a parallel documentary of sorts, over a decade later: Soul Power, a full serving of brilliant performances by the likes of James Brown ("Soul Power"), The J.B.'s ("Cold Sweat"), The Spinners ("One of a Kind"), OK Jazz featuring Franco, Bill Withers ("Hope She'll Be Happier"), Miriam Makeba ("Qongqothwane" a.k.a. "The Click Song"), B.B. King ("The Thrill Is Gone"), Pembe Dance Troupe, The Crusaders ("Put It Where You Want It"), Fania All-Stars featuring Celia Cruz, Danny "Big Black" Rey, Afrisa featuring Tabu Ley Rochereau, and Manu Dibango.
To do justice to the enormity of this cultural mashup, one must see both films, and, with some of the non-musical interviews interspersed in Soul Power, there is a bit of overlap. But, to be sure, Soul Power puts the music front and center.

Thus, it makes perfect sense that the Stax Museum of American Soul Music will be screening the film free of charge, with free popcorn to boot, this coming Monday, February 24th. While no Stax artists are featured in the film, the museum is living up to its name as a cultural clearing house for all kinds of soul. And it helps put the accomplishments of Stax in context, as echoes of the 1972 Wattstax concert in Los Angeles can be seen in the politically charged gathering: like Wattstax, it was a show of strength by the performers and the audience alike. Soul Power, indeed.