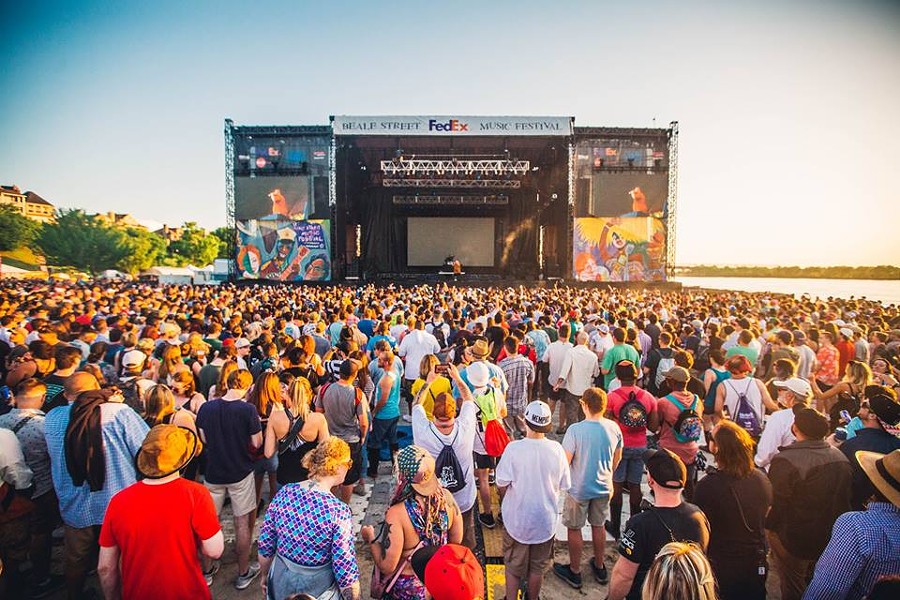 Hopefully, by now you've heard: October is the new May. As the city began this shelter-in-place era, Memphis in May and the Beale Street Music Festival (BSMF) announced the postponement of the perennial gathering until this fall. For those who might feel torn between BSMF and the Mempho Music Festival, traditionally held in October also, never fear: the latter event has been postponed until sometime next year.

While many prognosticate that even October is too soon to anticipate a return to normalcy, BSMF planners are hoping for the best and getting their ducks in a row. Given the current volatility of the touring circuit, it's surprising that most of the acts scheduled for this spring have confirmed for the later date. The final lineup will be announced in June.

Eighty-five percent of the 60+ artists announced in early February will return except the following six artists due to scheduling conflicts in October: The Lumineers, The 1975, Yeah Yeah Yeahs, Liam Gallagher, Louis the Child and Toad the Wet Sprocket. Festival fans who purchased tickets specifically to see these artists perform may obtain a full refund of their festival ticket purchase via Eventbrite through April 30, or they may hold their tickets for use on the fall dates.

Memphis in May is bigger than BSMF, of course, and other related events have been rescheduled as well:

The Memphis in May board acknowledges that the future is uncertain, and continues to monitor new developments. “While millions are currently impacted by the COVID-19 pandemic, we are hopeful that by this fall the situation will have improved enough to allow us to present the 2020 Beale Street Music Festival in a safe environment and provide music fans cause for celebration,” said James L. Holt, President and CEO of Memphis in May. “Our fall 2020 lineup features many of music’s biggest names representing a broad spectrum of musical genres and we look forward to announcing additional artists and a killer lineup with our June announcement of the ‘Memphis in October’ Beale Street Music Festival.”