The single, again released under the name, “AK Bailey,” deals with what’s on most people’s minds — the pandemic. The song is a reworking of a song, “COVID Blues,” that he wrote several months ago.

“It became outdated because a lot of stuff happened,” Kapone says. “And I wrote that in the very early stages. Well, I decided to revisit that and actually make it more current.

“I wanted to approach it in a different way. Instead of just talking about what’s going on, I wanted to make it more personal.”

They’re either “directly affected by it” or they don’t know know anybody who’s got the virus.

“You start questioning how serious it is because you’ve only seen it on the news. You’re not really feeling it close enough,” he said. "When it hits home, if it happens to you or happens to one of your loved ones, all the stuff you looked at looks different, feels different, because it’s close enough to you. It feels real. That’s when you tend to start to tell people how serious it is.”

That can apply to other things, Kapone says.

“If you’re not used to police brutality, which has been a big part of the protest and everything that’s going on, if you’re not used to being affected in that way, it’s easy for you to not see it as a serious issue," he said. "But as soon as you or someone you know goes through that exact same scenario, it becomes way more serious again. It feels completely different.

“You can flip it on the women’s rights situation. If women are used to going through certain abuse that men don’t go through, some men — not all — could dismiss where they’re coming from. But as soon as it happens to their mom or their daughter or somebody close to them, if that level of abuse happens to somebody close to them, they change their whole insensitive thought pattern.

"Again, when it hits home. Until it hits home you dismiss it or don’t take it serious. It can apply to anything if it hits home. I wanted it to feel that way so the lyrics will connect with the overall feeling I was trying to convey.”

His son, Young AJ, designed the single’s cover, which features a photo taken by Nathan Black of Kapone wearing a black mask. 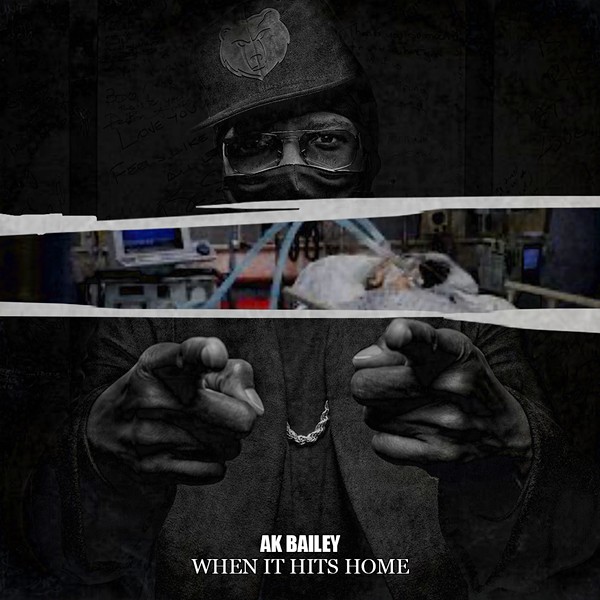 “Everybody needs to do their part so we can get the economy back going and people can get back to work and can take care of their family like they want to do. It’s all good. We can go back to partying and kicking it. We will get a chance to go back and do some of those things. This is definitely not going to last the rest of our lives.”

The pandemic has a plus side, Kapone says.

"Some positive things have come out of this quarantining. If we didn’t slow down, we wouldn’t make time to reconnect with family members. Or even get to know yourself. Sometimes if you sit still long enough, you learn things about yourself.”