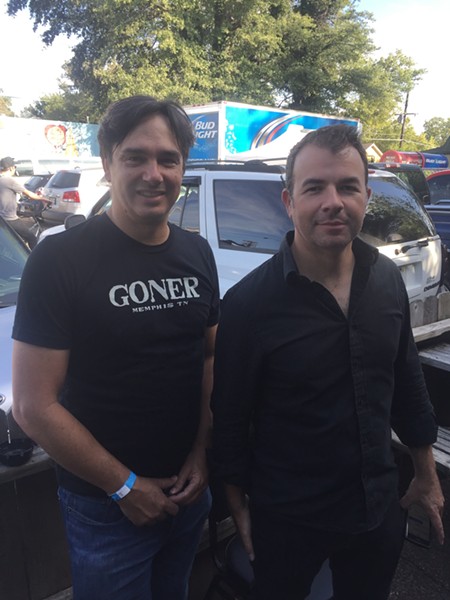 Over the years, Record Store Day (RSD) has become one of those rare commercial "holidays" that have a real sense of community to them. Even as vinyl sales have grown in recent years, there is a camaraderie among the artists, fans, and retailers of LPs that is almost contagious.

Now, with contagion at the front of everyone's mind, that is an enthusiasm that needs to be handled carefully. Memphis' two primary record shops, Shangri-La Records and Goner Records, have each come up with their own solutions to the conundrum of how to celebrate vinyl en masse without violating social distancing guidelines.

Shangri-La, for example, will make use of its ample parking space. As their website explains, "you will be able to line up outside in the parking lot areas that will be marked six feet apart. It is IMPERATIVE that you stay on the demarcated space as we let one customer (plus anyone with whom that customer co-habitates) in the store to shop at a time.

"Each shopper will have an individual time of ten minutes to shop the RSD bins, make selections, and check out. After that, the next customer enters and it will continue in that fashion until 1 pm. After 1 pm, we will begin allowing customers to make individual appointments as we have been. Instead of 45 minute appointments, however, we will be limiting them to 20 minutes each to allow for additional Record Store Day shopping." 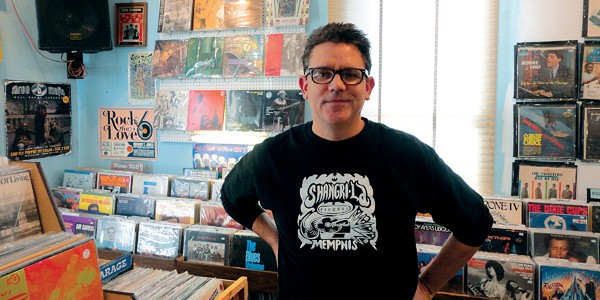 Of course, masks will be required throughout the process, and anyone who's been in contact with someone who has symptoms should stay home. Given the idyllic weather of late, it promises to be an enjoyable outing for all.

Goner Records, meanwhile, has a more elaborate plan: a lottery for the first customers served on RSD. And today is your last chance to sign up for it. As co-owner Zac Ives explains:

We thought, maybe we can just dovetail this with things we're trying to do with Goner TV. And do the best we can in a weird situation. So we came up with this goofy idea to have everybody sign up. We'll do a random lottery for the order, and then we'll have four phones set up and we'll just start calling everybody, going down this list, pulling records for them, wrapping them up in a bag, and they can come pick it up later in the day.

We will have an emcee, cutting in live from the shop in our broadcast. So people can see where we are on the roll of numbers. We're gonna make it as fun as we can. We'll have a box of doughnuts and some coffee. Trying to keep everybody going from 9:00 until noon. And then at twelve, we'll turn everything over to the website. Everything that's left at that point will go up on our online store and people can order from there. But to be in that first three hours, you've gotta be signed up by Tuesday.

Instead of all the RSD releases coming out at once, they spread it out over three months, I guess with the idea that that would lessen any kind of mob. We don't want to have a ton of people in one place, and maybe this is a way to spread that out on the shop side. So the releases will be split into thirds, the last Saturday of August, September, and October.

Goner is not releasing any RSD albums. We do have pre-orders up for the Archaeas record and the Optic Sink record. The Rev. John Wilkins CD is coming out in September, but the LP is delayed until November, and we'll have a pre-order of that available as well.

Explaining the process, Ives can barely suppress his air of amusement. "It seemed funny to us, the whole telethon nature of it."  There's no telling what shenanigans could occur, so tune in and find out, even if you miss today's deadline. See the Goner Records website for details.