The Two Faces of Jesse Davis

Two musicians named “Jesse Davis” live in Memphis. They both have their own bands. They’re also DJs on separate radio stations. Only one Jesse Davis, though, is releasing a new single November 20th.

They have their own personas, both on social media and in real life. “Jesse James Davis,” 32, is in Yesse Yavis, Model Zero, and 1,000 Lights. “Jesse James is an outlaw,” he says.


“The Other Jesse Davis,” 33, who plays in Terry Prince & the Principles and The Conspiracy Theory, is a Memphis Flyer and Memphis magazine staff member. His middle name is “Aaron,” which, he points out, is Elvis’ middle name.

One Jesse Davis is bearded and the other isn’t. “He’s me with the evil goatee,” Jesse James says.


“I would say I look like Jesse, but with exceptional hair,” Jesse Aaron says.


“And poor eyesight,” Jesse James says. They both wear glasses, but his are “special computer screen glasses,” Jesse James says. “He’s only wearing those because he thinks they make him look cool,” Jesse Aaron says. “My glasses were prescribed by a doctor.”


“These are prescribed,” Jesse James says.

Discovering there were two “Jesse Davises,” Jesse Aaron says, “was kind of a dawning realization. I kept on being tagged on things online I had not done. Sometimes I would go into Memphis Pizza Cafe and order a pizza and they would say, ‘Oh, you’re Jesse Davis,’” Jesse Aaron continues. “But then they would say, ‘Wait. No. You don’t look like who I think you look like.’”

They met at a restaurant, Jesse James says. “A mutual friend introduced us: ‘Jesse Davis, meet Jesse Davis.’ It was much like meeting your doppelgänger in the Black Lodge on Twin Peaks,” Jesse James continues.


Or “like an episode of Star Trek where Spock is doubled,” Jesse Aaron adds.


They “hit it off,” says Jesse Aaron, meaning it was “hand-to-hand mortal combat.”


“I’ve been saying this for years: ‘This town isn’t big enough for both of us,’” Jesse James says.


Recalling when the Principles and Yesse Yavis played at his birthday party, Jesse Aaron says, “I was so excited. I was like, ‘We’re playing a show and Jesse Davis is playing it.’ I think people just thought that I was speaking about myself in the third person.”


“I work at the Memphis Flyer,” Jesse James says/lies. “I’m now the editor. I write about music and books.”


He also says he is a DJ on WEVL, which is where Jesse Aaron works. Jesse James is actually on WYXR. 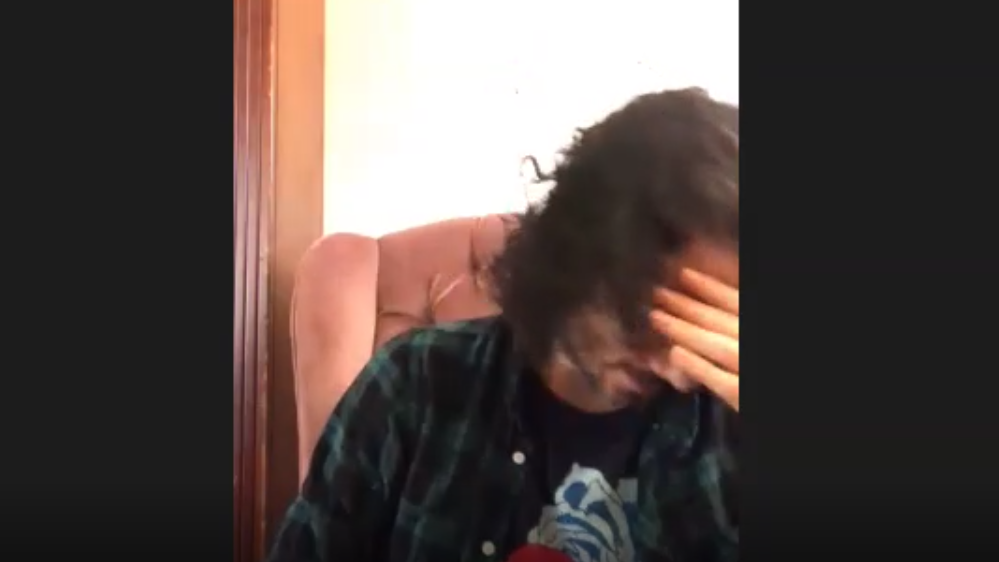 “Would you be friends with somebody who’s trying to steal your identity on the Dark Web?” Jesse Aaron asks.


Jesse James is coming out with an hour-long variety show, The Yesse Yavis Extravaganza Spectacular Record Release Show, on November 20th, which will stream online. “It’s got skits and interviews and goofs and on-the-street coverage. And the music, of course.”


His 7” single on Misspent Records that coincides with the show includes “Never Let My Love Fall Down” and “Deep Blue Sea.” The latter is about “being your true self and not making things up and being true to who you are.”


Asked what he was working on, Jesse Aaron says, “I’m working on controlling my temper mostly.”


“You really need to calm down,” Jesse James says. “This whole interview you’ve seemed to be on edge.”

“I want to be friends,” Jesse Aaron says. “I can’t be friends with me. When he’s trying to be me, it hurts.”


Musically, the Principles are working on “a sci-fi time-travel song,” Jesse Aaron says. “It’s about a post-apocalyptic band, how they have to play on skulls and stones with sticks instead of drums.”

For the record, Jesse James and Jesse Aaron aren’t the only two people in Memphis sharing the same name. “There’s another person named ‘Jessie Davis’ who works at a Mapco around here,” Jesse James says.


While buying beer at Mapco, he noticed the name tag and told the cashier they shared the same name. “She wasn’t amused.”