Thanksgiving Day had a bittersweet quality this year, and not only because of the vagaries of 2020 and the coronavirus: It was the day that Dr. Herman Green, the stellar saxophonist and flutist, passed away. According to his friend and protege Richard Cushing, with whom he co-founded the band FreeWorld, Green passed away "at home, surrounded by family, listening to Coltrane."

This was especially fitting, given that Green rubbed shoulders with John Coltrane and many other jazz greats in his long, eclectic career. Born in 1930, he first played Beale Street as a teenager and toured regionally with a then-obscure B.B. King, before hitting the highway that would lead him to the New York and San Francisco jazz scenes, and a long stint with the Lionel Hampton Orchestra. Returning to Memphis in the 60s, he then became a local mainstay, bringing his bold tone and authentic voice to many jazz, soul and funk projects. 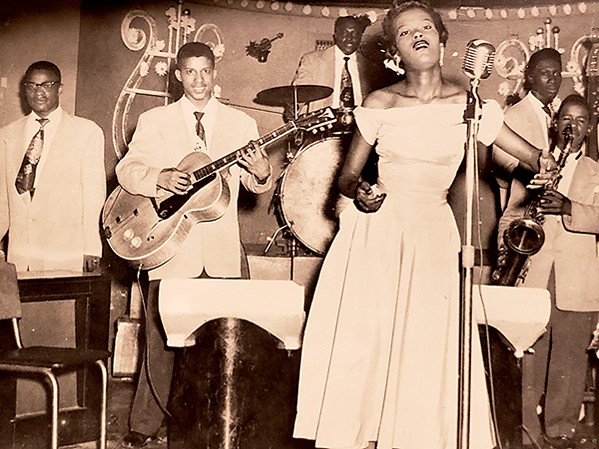 In 2017, the Memphis Flyer ran a cover story on his storied life in music. And that story came to a happy finale with Green's long tenure in FreeWorld, with whom he played nearly every Sunday night at the Blues City Cafe on Beale, right back where he got his start. Though he'd been in poor health recently, he played with the band nearly up to his 90th year.

Herman passed peacefully in his home this afternoon, surrounded by his family, and will join his dear wife Rose Jackson-Green in the hereafter. There will be a visitation at Memorial Park Funeral Home sometime in the next week or so, followed by the ceremonial walking of his ashes down Beale Street with a funeral parade sometime soon. In addition, a Memorial Jam will be planned for sometime in the Spring.

As a truly amazing musician, caring patriarch to his family, mentor and teacher to many, and friend to everyone he met, Herman lived an astounding 90 years on this Earth (1930-2020), and was a true treasure to all he touched with his deep musical knowledge & skill, his infectious laugh, and his zest for life and love. The City of Memphis will never be the same without his energy in the mix, and his music & mentorship will be missed forever by all the musicians on Beale Street - Memphis and beyond. I had the honor of knowing and working closely with Herman since 1986, and he taught me practically everything I know about making music...

Green touched the lives of many players and music aficionados over the years, and the grieving has been widespread. Keyboardist Ross Rice wrote:

My sensei is gone. Dr. Herman Green has moved on to the next adventure. Wow, was I lucky to be in his world for awhile. He shared so much and he didn't hold back. There is nobody more generous. He taught us all on every gig, and made me believe I was a pretty good musician, and that I was good enough to play with him, which meant good enough to play with anyone. I loved him and I know he loved me back, because he made sure to tell me every time we hung. This man is a giant, a Memphis and Terran treasure, and a generation of musicians owe him a great debt. Til we meet again...

In memory of Dr. Green, here is a track he recorded with FreeWorld, from the album Inspirations: Family & Friends.