With Folk Unlocked, the Folk Alliance Goes Virtual in a Big Way

February 23, 2021
1 comment
For some Memphis players and their fans, this week brings an event that is the highlight of the year, or even a major step up in their career: the annual conference hosted by Folk Alliance International (FAI). Based in Memphis for a time, the event is much-beloved by many local artists. And this year, the physical location of the conference is a moot point:  it's all online, and it's all this week. The Folk Unlocked event promises to "unlock the doors and windows of the house of folk to be as broad and inclusive as possible, inviting those who have been loyally attending Folk Alliance International conferences for years while aiming to reach folk musicians and professionals who have never benefited from or attended FAI before."

As always, this will involve a meeting of minds and musicians on many levels, including panels, workshops, affinity and peer group meetings, exhibit spaces, networking, and mentorship for many, not to mention the showcases of almost performers (see the full lineup here). Once registered for a minimal donation, attendees can view performances and other videos as they are premiered, or browse through the archives later. And for those who can't commit to dropping a bit of coin for the cause, keep in mind that the FAI is indeed fighting the good fight, having been recently recognized by Rolling Stone as one of the "organizations that have been doing some of the most crucial relief work during the pandemic."

Indeed, the Folk Unlocked virtual festival marks the launch of the Village Fund, FAI’s grants program for struggling musicians and folk music workers during the COVID crisis. And, as a result of moving online due to the pandemic, the organization is providing unlimited public access to the music showcases for the first time in its history.

With over 800 hours of music (listen to a Spotify playlist of the artists here), from all fifty US states and over thirty additional countries, this is not an opportunity to be missed. And the schedule for the festival, which runs all this week through Friday, promises many highlights, including: 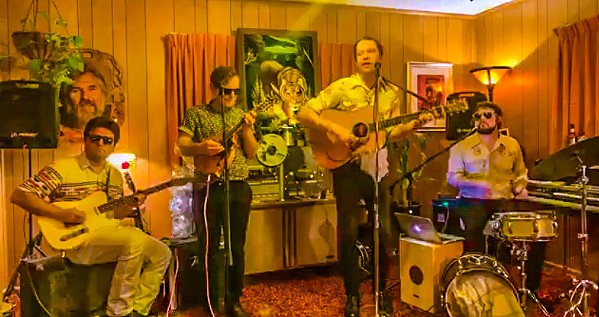 It's clearly a global celebration, and could make for some new epiphanies concerning what folk music is and can be. But for Memphians, the festival's also very local. These local artists will be representing the Bluff City at the festival:
See the schedule for their time slots, then head over to Folk Unlocked to donate and register, making all the videos as they become available throughout the week.
In the meantime, here's a bit more about Folk Alliance International, made on the occasion of its 30th Anniversary in 2018.