Hundreds of people gathered outside the National Civil Rights Museum Monday afternoon to pray for justice and honor the memory of 17-year-old Trayvon Martin, the Florida teen who was shot and killed on February 26th by neighborhood watch caption George Zimmerman. Zimmerman, who has not been arrested for the shooting, claimed he shot Martin in self-defense. Martin, who was unarmed, was walking back to his dad's house after a trip to a gas station for Skittles and iced tea.

The situation sparked national attention, and vigils, rallies, and marches have been held across the country to honor Martin's memory and call for Zimmerman's arrest. The Memphis vigil featured local spoken word poets, a prayer, gospel hymns, and a speech by Mayor A C Wharton. Here are a few scenes from the rally. 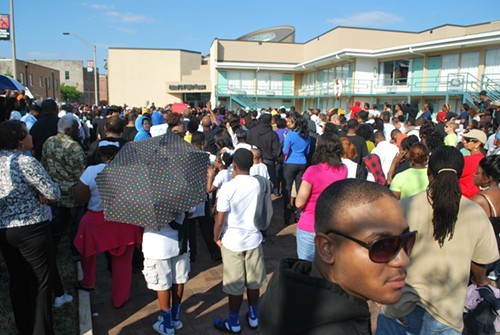 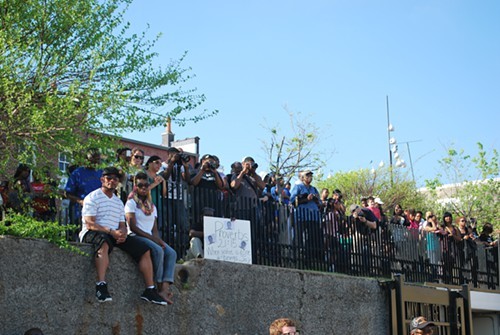 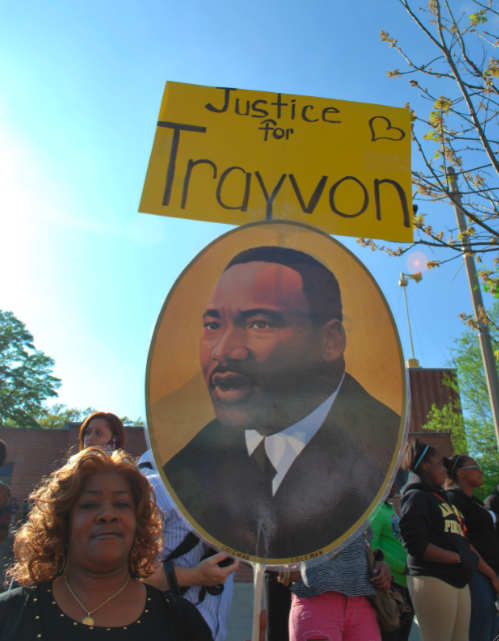 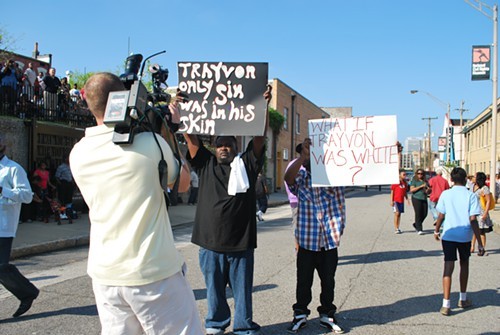 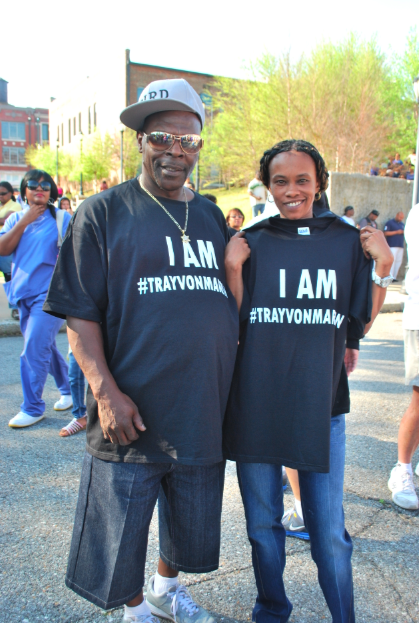