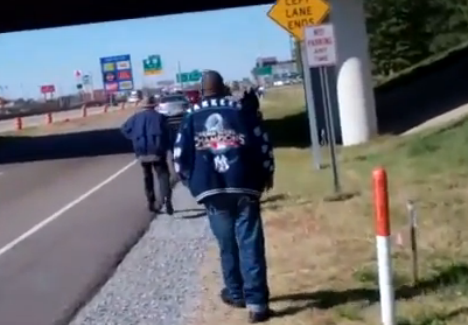 "We had a couple of potential almost accidents and there were too many people waiting for the bus in high traffic lanes where the bus stop was located," says Keeping. "So we asked them to relocate it off of our property because of safety issues."

Alison Burton of MATA says she had also heard complaints of MATA bus riders panhandling on Southland property, and that was perhaps another reason Southland asked the bus to be rerouted.

Burton also says the reroute to an I-40 frontage road was not determined by MATA, but by the city of West Memphis planning division.

"This decision [to remove the bus stop] is one that Southland is welcome to make," says Burton. "It was not received well by some of the people who ride over there, but the people who live in West Memphis didn't complain. From what I understand, [the city of West Memphis] didn't get a lot of complaints from their constituents, and the service was developed for tourism, to get people [in West Memphis] to come over to Memphis."