Memphis In May Has An App For That

Memphis In May has released their free 2013 smart phone app, and it's a vast improvement over their apps in years past (thanks Paul Ryburn for letting us know). The app is available for iPhones and Android phones.

The app features the lineup of bands for the Beale Street Music Festival, and users can highlight favorites to create their own personal schedule within the app. There are two general maps of the park tailored to the music fest and the World Championship Barbecue Cooking Contest, each highlighting where stages and vendor tents are located for the events. And there's a separate map highlighting the disability-accessible viewing areas for music fest.

Additionally, the app includes information for where to take or locate "lost and found" items during the festivals, a list of events throughout May celebrating Memphis In May's 2013 honored country of Sweden, and a list of barbecue teams participating in the cooking contest.

Perhaps, most importantly, the app includes themed photo booths for music fest, the barbecue contest, and Sunset Symphony. In the spirit of investigative journalism, we've tested them out. 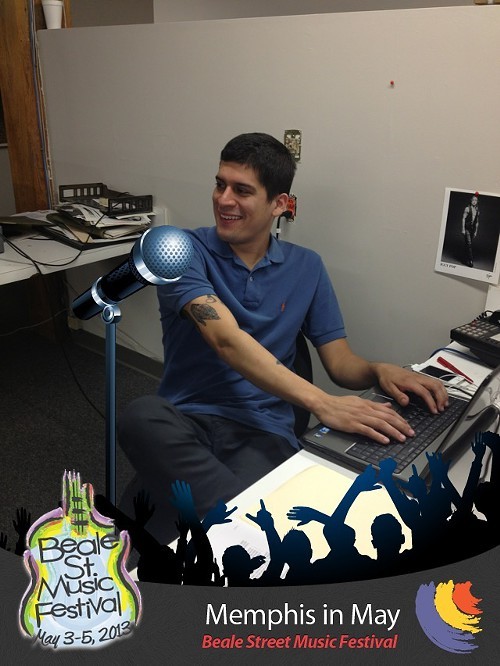