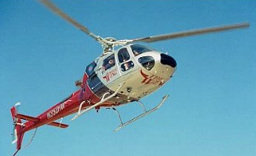 Tuesday morning, a pilot, respiratory therapist, and nurse lost their lives in a helicopter crash. They were en route to assist a patient more than an hour away in Bolivar.

Two of the victims were staff members of Le Bonheur Children’s Hospital. The other was a Hospital Wing pilot.

The three passengers died after their medical helicopter crashed in Fayette County near Somerville. The crash occurred before 7 a.m. The reason for the crash is still unknown.

According to a statement released by Le Bonheur, around 6:20 a.m., they received reports that they had not received regular contact from a Hospital Wing helicopter flying to pick up a patient in Bolivar.

The statement said it was later confirmed that the helicopter was down in Fayette County. The local sheriff’s department, the National Transportation Safety Board, and the Federal Aviation Administration have been notified and a preliminary investigation is underway.

According to Le Bonheur, the hospital makes 400 flights each year to transport sick and critically injured children for medical care within a 150-mile radius.

The young patient that the medical helicopter was flying to was transported to Le Bonheur by ambulance.