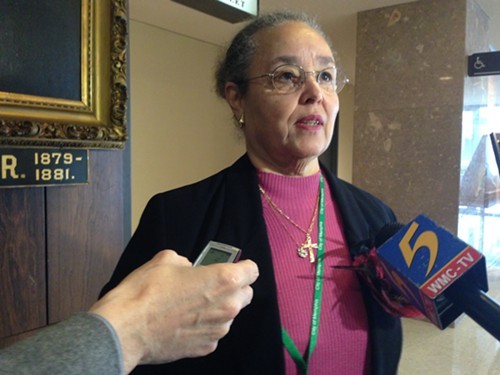 New money from the federal government could be on the way to help cities like Memphis test backlogs of untested rape kits.

“(The team) is laser focused on eliminating the backlog, following leads generated from testing, keeping survivors and the public informed and developing policies and procedures to prevent another backlog from occurring,” Wharton said in a statement. “While we have a comprehensive plan in place, and a team focused on this effort, we also need funding.”

Obama’s proposed grant would come from Department of Justice and would test kits, which are collections of evidence gathered in rape investigations. It would also create teams to investigate and prosecute cases connected to the backlog. Also, the money would be used to notify victims and re-engage them with the criminal justice system.

Wharton said he’ll work with local and state representatives to help get the funds approved, and develop a grant proposal to “ensure Memphis gets its fair share of the funds.”

Memphis leaders made public last year that the city law enforcement officials discovered about 12,000 untested rape kits. More than 2,200 of those kits have been sent out for testing so far.

The city partnered with the national Joyful Heart Foundation last month to work on the city’s backlog. Also, Wharton appointed Veronica Coleman-Davis, former U.S. Attorney for the Western District of Tennessee, to spearhead an investigation of the untested kits.