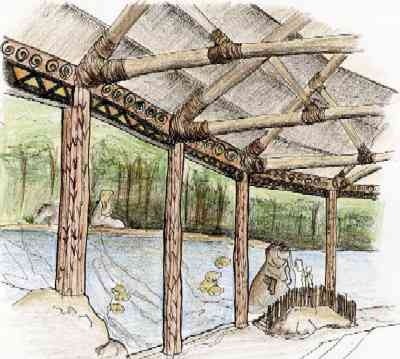 The Memphis Zoo is readying to begin construction on its Zambezi River Hippo Camp as permits have been pulled on the project valued at $16.3 million.

The permits were pulled on Friday, Feb. 28, according to a report from the Shelby County Code Enforcement office. That report outlines the work at the site to include clearing, grading, irrigation, utilities, asphalt, carpentry, roofing, and more.

Lakeland-based A2H is listed as engineers on the project. New Orleans-based Torre Design Consortium is listed as the architect.

The zoo is awaiting final government approvals on the project before they can finalize the bids with a contractor, said Abbey Dane, director of marketing and communication for the zoo. But she said construction could begin as soon as those approvals are in hand and expected them to come sometime in March or April.

The new exhibit could open in late 2015 or 2016, Dane said, but many factors, like the weather, will dictate the dates of completion and opening.

The new exhibit will be built just east of the zoo’s main entrance, the current site of the flamingo exhibit, Denizens of the Deep South, and others. Images of the Zambezi River Hippo Camp show an underwater viewing platform for the hippo exhibit that looks much like the polar bear exhibit at the zoo’s Northwest Passage section. The images also show a larger, more lush exhibit for flamingos.