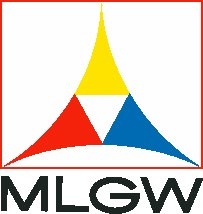 And they’ve been recognized as the number one utility company that does just that. In March, research and consulting firm Northeast Group, LLC conducted a week-long study surveying the top 50 utility companies in the country regarding their social media efforts. Based off of their findings, MLGW ranked number one among the utility companies in the nation that assisted customers on a timely basis through social media. The Los Angeles Department of Water and Power (LADWP) ranked second and Dominion Virginia Power ranked third.

Ben Gardner, president of Northeast Group, said the firm conducted a content analysis of the various social media postings and mobile app offerings of the top 50 utilities, and through that were able to score each of the utilities together and rank them in order.

“For Twitter hostings, it would be things like how responsive were the utilities? How quickly did they respond to customer requests?” Gardner said. “Another thing was the quality of the content. Were the utilities posting energy-saving tips and safety tips of value to customers? How high was the value of the content they were posting? Each utility was scored on those criteria.”

“We’re extremely honored to be recognized,” said Richard Thompson, senior communications specialist for MLGW. “We’ve been recognized by our peers before but to be recognized again by an independent study for the Top 50 utilities, we’re really honored, and most importantly, we thank our customers and our followers on Facebook and Twitter for believing in us, following us, and interacting with us. We take great pride in those relationships that we’ve established.”

Thompson said MLGW was one of the initial utilities to utilize social media back in 2008. However, it was 2009 when MLGW established a variety of social media channels and its staff began to communicate with customers via Internet significantly.

“We had a major storm in June 2009. It knocked out power for a lot of customers over several days. That really helped integrate our social media to our communications efforts,” Thompson said. “That was really the first time that we live-tweeted or did some continuous tweeting about the outage situation. Customers really appreciated the fact that it felt like we were there during their outages and they could communicate with us and get ready information about their outages. The fact that our customers fill like they can reach out to us and communicate with us when they need to, it just opens up another avenue for us to serve customers.”

Prior to the storm in 2009, which left more than 140,000 customers without power, MLGW had only 220 followers. The following week, after power had been completely restored, MLGW’s Twitter following increased to over 1,500 followers.

Northeast Group’s survey also ranked the top utilities in the country for mobile apps. MLGW ranked third on this list. San Diego Gas and Electric took the number one slot and Con Edison in New York was selected second in the category.

This portion of the survey was based on the type of functionality that the mobile app boasted. If the app offered energy saving tips, allowed customers to pay bills, and provided utility related information such as reporting outages and receiving estimated times of restoration, conservation tips, and a mobile-friendly outage map.

"In general, utilities have some room for improvement in their customer engagement," Gardner said with regard to what influenced the survey. "We think that social media and mobile app are very effective channels for utilities to better communicate with their customers."