Greensward Parking Will Go On, But Only for Memorial Day Weekend

Parking on the Overton Park Greensward will be allowed this holiday weekend, according to Citizens to Protect Overton Park [CPOP]. 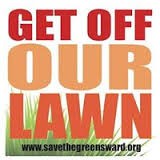 The group won a victory for the park last week when city officials agreed that parking on the grassy area by Rainbow Lake and the new playground should be banned.

But the group and members of Get Off Our Lawn [GOOL], which protested on the Greensward for the past few weekends, were told Friday morning that the area would likely be needed to handle what is expected to be a large crowd for Memorial Day weekend. The news came during a meeting with city administration officials, representatives of the Overton Park Conservancy, and the Memphis Zoo.

But the citizens groups were told the Greensward would be used only as a last resort.

“While CPOP, as representatives of GOOL, neither agreed to nor endorsed this arrangement, we respect the concerns of the other parties involved and were able to negotiate some conditions that fully support our campaign goals,” said CPOP president Jessica Buttermore.

Zoo officials told CPOP they will endorse the shuttle service that will begin this weekend from the Overton Square garage and the zoo. Also, the zoo agreed to not use the Greensward for parking for the four weekends after this weekend. Finally, the zoo officials told CPOP said they’d help find and implement a permanent solution to the parking problem by the end of the year.

“While we're disappointed that the direct agreement that we secured with the city last week is not being fully honored we were able to get the zoo at the table and this is a big step forward,” Buttermore said. “We're inching closer to our campaign goals and we assure you that we won't stop until the Greensward is guaranteed car-free.”