Uber and Lyft Services Not Allowed at Memphis Airport 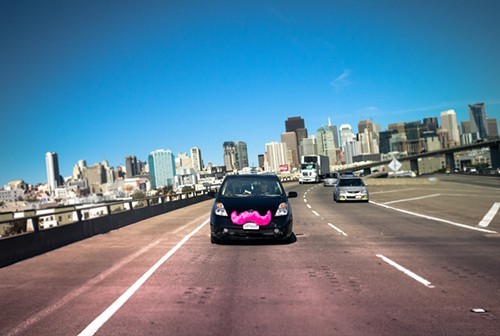 Memphis International Airport passengers hoping to catch a cheap ride from new-to-Memphis, peer-to-peer ride-sharing networks Uber or Lyft might be in for a surprise.

For now at least, both Uber and Lyft are not allowed to pick up passengers from Memphis International Airport. According to Memphis-Shelby Airport Authority general counsel Brian Kuhn, the companies, which offer cheaper fares than traditional cabs and operate through smart phone apps, would first have to get a special permit from the city of Memphis before they could operate at the airport.

"Once a carrier or business has one of those type of permits, they come to us and have an agreement with us to come on our property on our commercial drive. This is for all taxis, limosines, buses, and MATA buses, all the shuttles for hotels and motels, all the people who pick people up and take them somewhere for hire," Kuhn said.

That agreement with the airport also includes a fee that Lyft or Uber would have to pay to use the facility's lower commercial drive to pick up passengers. There is no agreement or fees for Uber or Lyft to drop off passengers, however.

Since the companies are so new here — both began operating in Memphis this year — Kuhn said he isn't sure if they would be required to get the same kind of city permit that regular taxes get or if the city would have to come up with a new permit.

"In the case of Uber and Lyft, they're a brand new concept from the traditional taxi cab concept. We're trying to look for how we should treat those type of companies in a dependable and safe fashion," Kuhn said. "Memphis may have to come up with a new permit since this a new concept. They're still struggling with that, so we're waiting to see what type of permit they'll come up with, whether it's the old or new type, to get this business going."

In the meantime, Kuhn said he has been asked to look into how other airports in cities with Uber and Lyft are dealing with the ride-sharing services.