Faulty equipment caused two trolley fires in November and April, according to a study of the events released Friday by the Memphis Area Transit Authority (MATA), but the problems that led to those fires were deep-seated in the organization.

MATA invited the American Public Transportation Authority (APTA) to Memphis after April’s fire to get their take on the fires but also the organization that keeps them running. APTA’s report arrived back here in August and painted a picture of an unorganized system that paid little attention to staff training, maintenance records, standard procedures, or safety planning. 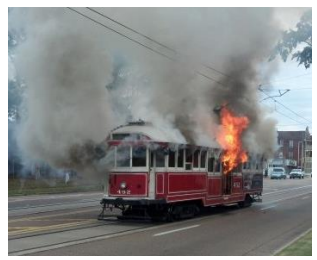 That report said, specifically, that both trolley fires began in a fault in the propulsion system, which produced a current overload. From there, a faulty line breaker failed to protect the controller. That resulted in a “flashover,” setting the trolley cars on fire.

MATA’s new leader, president Ron Garrison, said Friday the report is a “good reset” for MATA’s trolley program, and that he aims to make safety the first priority in bringing the trolleys back online.

The next step in bringing the program back, he said, is to have even more assessment of the cars by even more experts. Garrison said he wants to bring in three teams that specialize in rail safety, trolley cars, and trolley maintenance. He hopes those teams will be in Memphis by October 6.

Pending the findings of the three teams, Garrison said he could possibly reveal a plan for the trolleys future here by late October.

“What I don’t want to do is get into false starts and false hopes,” Garrison said. “I want to be sure that we can do what we say we are going to do.”

So far, the MATA team has selected the top seven trolleys in their system of 17 trolleys that could partially restore trolley service. Garrison said the Main Street line would be the first to see renewed service.

“These vehicles, unlike many across the country, they are vintage trolleys and we put many, many, many more miles and many more hours on them than anywhere in America,” Garrision said at a Friday news conference. “So, to keep these trolleys in service was a big, big task. We took them offline while we had a look at this report. This is an opportunity o reset. We are taking the appropriate steps to get them back in
the community as soon as possible.” 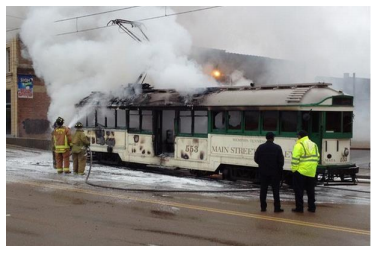 The two trolleys that caught fire were made in Melbourne, Australia in the 1920s and refurbished by MATA contractors between 1997 and 2002, the ATPA report said. The cars did not meet the group’s standards for vintage trolley equipment, the report said.

Here are some major findings from the report:

• There does not appear to be a trained trainer with suitable accreditation for training operators and maintainers.
• We found several maintenance tasks that could only be performed by one person on staff.
• Scant truing record showing who received truing on what equipment.
• A large quantity of worn out parts, such as motors, compressors, trucks, and controllers, were found in various states of disrepair.
• Numerous “defect cards” were found for both cars in the months before their fires.
• There are little or no records on repairs done to the cars.
• There is a lack of available maintenance manuals.
• On some cars inspected, we found the brake systems to be worn out.
• No dedicated safety person for the trolley system.
• In the area marked for storage of heavy trolley items such as motors, compressors, etc., there appeared to be no order to the storage method, no tags on equipment, and no record of an inventory.