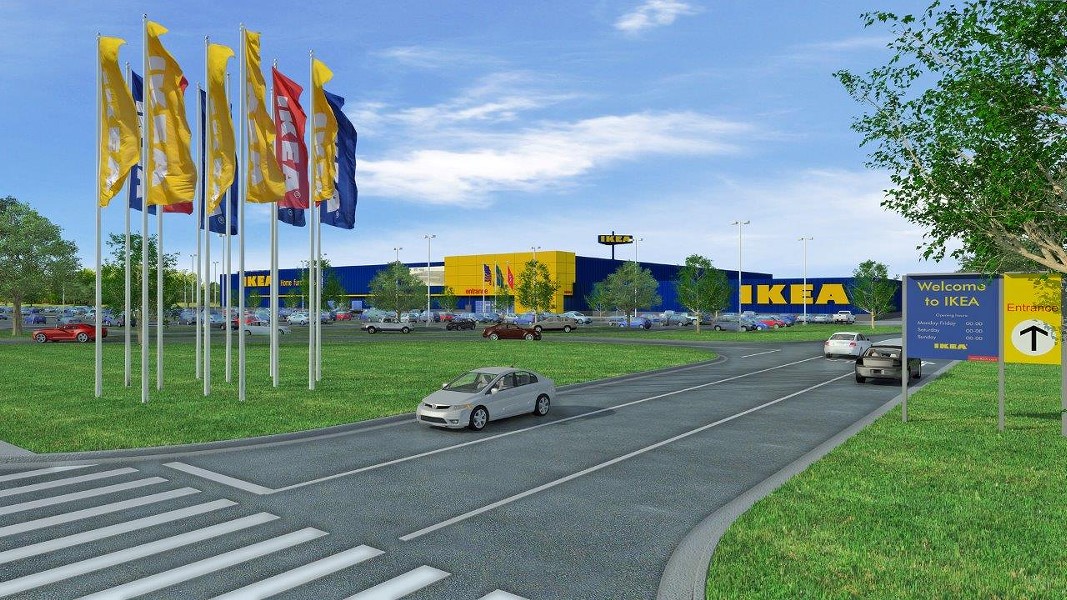 Ikea will file applications with Memphis and Shelby County today in hopes of opening a store at the corner of Germantown Parkway and I-40 in fall 2016.

Local officials said Ikea has been scouting a Memphis location for about a year. Company officials said in a news conference Tuesday at Memphis City Hall that the 40 Ikea stores in the country are mainly on the coasts. The move to Memphis, they said, is to “fill in the middle” of the country.

Ikea, a Sweden-based home goods retailer, plans to break ground on the project in fall 2015. The construction would bring about 500 jobs, the company said. The slated open date is fall 2016 and, once open, could employ about 225.

During Tuesday’s news conference, an Ikea representative said “if” we open in Memphis. Mayor A C Wharton said he knew it was bad manners to correct a guests’s statement. But he couldn’t help correct one point.

“It’s not ‘if’ you open in Memphis but ‘when,’” Wharton said and the statement was met with applause.

Shelby County Mayor Mark Luttrell said Tuesday he has owned some Ikea furniture for about 30 years, though he admited he had painted over it several times.

The store itself is proposed to be 269,000 square feet with more than 1,000 parking spaces. It will be situated on the 35-acre tract of land behind the Dick’s Sporting Goods shopping center and a Costco store. 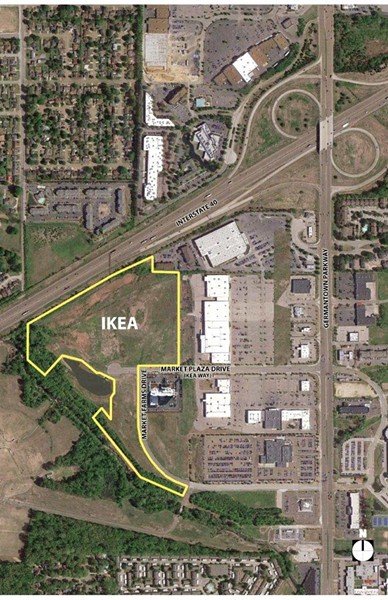 “Potential store plans would reflect the same unique architectural design for which Ikea stores are known worldwide,” said a news release from the company. “Ikea also would evaluate potential on-site power generation to complement its current renewable energy presence at nearly 90% of its U.S. locations.”

More from the company on the proposed store:

Other family-friendly features would include a ‘Children’s Ikea’ area in the Showroom, baby care rooms, play areas throughout the store, and preferred parking.

In addition to the more than 500 jobs that could be created during the construction phase, approximately 225 co-workers could join the Ikea family as a result of opening the potential store.  An Ikea Memphis store also could provide significant annual sales tax revenue for local governments and schools.” 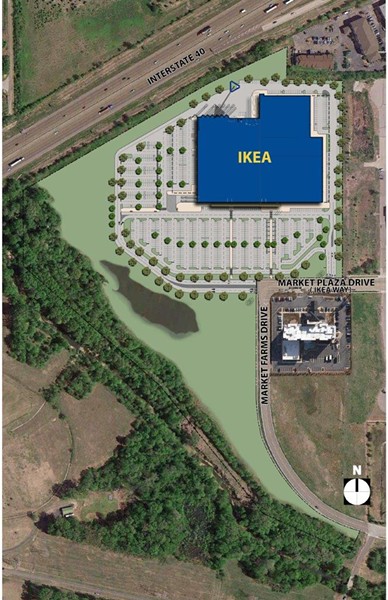 Here are some of the key figures:

EDGE documents said they anticipate that the company will submit a payment in lieu of taxes (PILOT) application to EDGE. The board will run Ikea's numbers through its PILOT matrix and determine how much the company could get in tax breaks and for how many years.

Here's EDGE's opinion on the Ikea project so far:

"The presence of an Ikea store within Memphis/Shelby County could enhance the area’s reputation as a retail destination and could further elevate Memphis’ national and international status. There is currently no Ikea presence in Tennessee, Mississippi, Alabama, Louisiana, Arkansas or Kentucky.

Ikea carefully selects its locations, and all potential sites for IKEA stores compete on a global basis for selection by Ikea's senior management. Memphis is the smallest market being considered by Ikea's site selection team.

Estimated sales and the projected number of visitors to the proposed Memphis location, along with Ikea's strong brand and loyal customer base, would likely strengthen the regional draw of the I–40/Wolfchase corridor throughout the Mid-South and could complement the existing businesses in the surrounding area."

From lamps and rugs and linens to meatballs, Ikea has created a huge following. But what's the fuss about? Have a look inside other stores for a taste of what's to come.