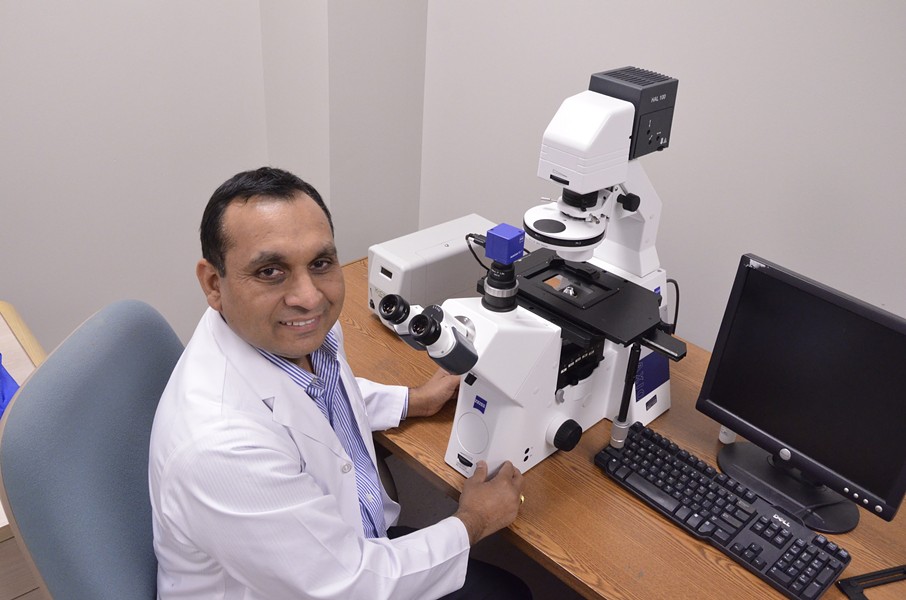 An estimated 233,000 men in the U.S. will have been diagnosed with prostate cancer by the end of the year, according to the American Cancer Society. More than 29,000 of them will die from the disease.

A new research grant awarded to University of Tennessee Health Science Center (UTHSC) professor Subhash Chauhan could help lessen the amount of men impacted by prostate cancer in the future.

Chauhan, a professor in UTHSC's department of pharmaceutical sciences, has received a three-year grant worth $562,500 to research new therapies for advanced-stage prostate cancer.

The grant, provided by the U.S. Department of Defense, is titled the DOD Idea Development Award.

Chauhan will use the grant to investigate whether Ormeloxifene, which is currently used as an oral contraceptive, can help treat prostate tumor growth and development.

Along with a team of researchers, Chauhan will study if Ormeloxifene can be repurposed and inhibit the pathways that signal metastasis and block the estrogen and progesterone that trigger the abnormal cell growth.

Ormeloxifene has never been investigated for use as an anti-cancer drug, but if research proves its effectiveness, clinical translation could be rapid.

According to the American Cancer Society, African-American men are more than twice as likely to die of prostate cancer as white men.