Noura Jackson Case Gets New Prosecutors But No Bond

February 13, 2015
3 comments
Noura Jackson scored a victory in court Friday as Shelby County District Attorney Amy Weirich recused her office from Jackson’s new trial. But Jackson will have to remain in jail for at least another month. 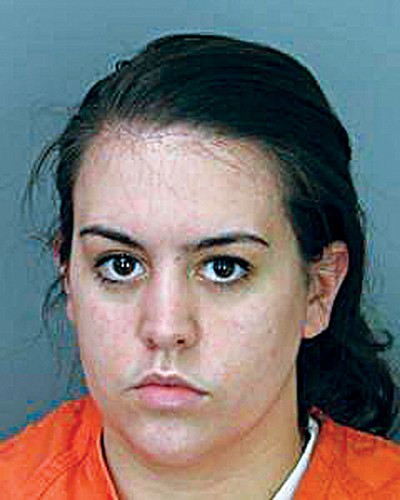 Jackson was convicted of killing her mother in 2005, allegedly stabbing her mother at least 50 times. A new trial was ordered for her in August because the Tennessee Supreme Court said Weirich did not give Jackson's attorney a key witness statement and committed other violations during the trial.

Violations of the Brady rule, or withholding evidence in criminal cases, has emerged as a trend in some murder cases handled by Weirich's office.

Deliberations on Jackson's new trial got under way at 201 Poplar Friday morning.


Officials from Weirich’s office announced early Friday that the office was voluntarily recusing itself from the new trial. Much later Friday afternoon, Weirich sent this official statement to the press:

“While this office has not been disqualified to proceed with the prosecution of (State vs.) Noura Jackson, I have decided to request the Tennessee District Attorney (sic) Generals (sic) Conference to appoint a Pro Tem to handle the prosecution of this case,” Weirich’s statement read. “Jennifer Jackson and her family and friends deserve to have this matter proceed in the courts without the distraction of our office’s involvement. I am making this decision in the interest of justice for Jennifer Jackson.”

But the announcement from Weirich’s office temporarily stymied Noura Jackson’s attorneys from getting Jackson a bond bonded from jail, where she’s been for more than nine years.

The next hearing in the Jackson case is scheduled for Friday, March 13. Jackson could post bond and be out of jail close to to that date if the new prosecutors have been selected and are ready to proceed with the new trial.