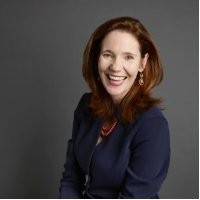 With unanimous consent by the board of trustees, Emily Ballew Neff, President of the Association of Art Museum Curators, has been hired to replace Cameron Kitchin as Executive Director of the Brooks Museum of Art.

Kitchen resigned in 2014 to become Executive Director for The Cincinnati Art Museum.

Dr. Neff, who took her Ph.D. from the University of Texas at Austin, most recently served as the Director and Chief Curator of the Fred Jones Jr. Museum of Art at the University of Oklahoma. She was the first Curator of American Painting and Sculpture at the Museum of Fine Arts in Houston, where she grew the museum's collection, and built a reputation for organizing major American art exhibitions.

Neff joins the Brooks in April, as the museum prepares to celebrate its hundredth anniversary.