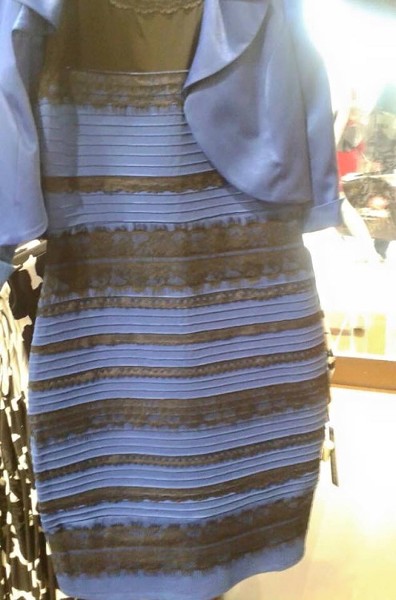 It’s likely that by now someone has asked you if the dress is black and blue or white and gold.

If not, here’s the short version of what's up. Someone posted a picture of a dress on Tumblr yesterday (left) and asked the internet to help discern whether the dress was blue and black or if it was white and gold. And, as it does in very serious matter like this, the internet exploded.

Fortunately, Memphis is home of the Southern College of Optometry [SCO], which is the home of Dr. Patricia Cisarik. She has both a Doctor of Optometry and a Ph.D. in Physiological Optics and Vision Science, teaches optics at SCO, and is considered a "color expert."

She says color constancy is at play here. The key word in the question of “what colors are the dress?” is “colors.”

“So, when viewing a patch of grass on a bright sunny day, those of us without a congenital color vision anomaly or an acquired problem affecting the normal perceptual process would say that the grass looks 'green'. But, does each person perceive that green exactly the same?”

She said several factors influence the colors we see — everything from the wavelengths of objects (like the dress) and the things around those objects, to lighting, and even medications taken by the viewer.

But it really comes down to personal interpretation, she said.