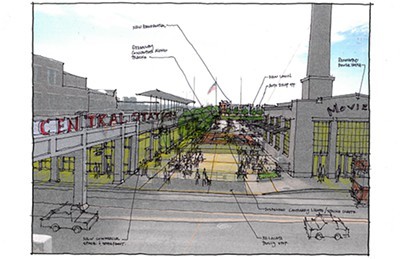 A $55 million re-development for South Main's Central Station got the green light from the board of the Memphis Area Transit Authority (MATA) Monday.

Henry Turley Co. and Community Capital have been working for more than a year on a plan for the South Main campus that is now home to an Amtrak station, apartments, the Memphis Railroad and Trolley museum, event space, and the Memphis Farmers Market. The companies plan to bring more activity to the area by building new access to trolleys, trains, housing, entertainment, shopping, buses, and for cyclists and pedestrians.

Arhcie Willis said not trying to create a brand new "huge" entertainment district and is not trying to compete with Beale Street, Overton Square, or other such districts. Instead, his groups is simply trying to "do what is best for the area."

The approval gives MATA staff authority to begin negotiations with private partners involved in the project.