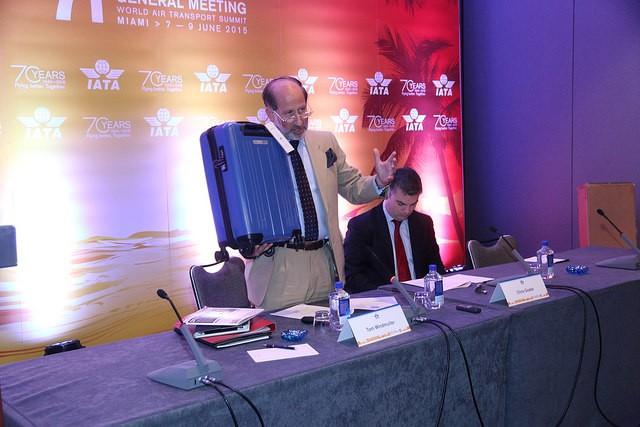 The airline industry has hit the brakes on its program to shrink the size of carry-on luggage “in light of concerns expressed primarily in North America.”

The International Air Transport Association (IATA), the trade group representing most airlines, launched the initiative, called Cabin OK, last week. It would have shrunk the maximum size of luggage carried onto a flight by 21 percent.

Memphis Congressman Steve Cohen filed a bill late Monday evening to block the move. His “Carry-On Freedom Act” would have stopped any airline that charges passengers for checked baggage from reducing the size of carry-ons.

The IATA announced Wednesday they were pausing the rollout of the program “and beginning a comprehensive reassessment.”

“While many welcomed the Cabin OK initiative, significant concerns were expressed in North America,” Tom Windmuller, IATA senior vice president of airport, passenger, cargo and security said in a statement. “The IATA Cabin OK is a voluntary program for airlines and for consumers. This is clearly an issue that is close to the heart of travelers. We need to get it right.”

Cohen said the program was would have forced consumers to “pay exorbitant checked bag fees for luggage they would have otherwise carried on or purchase new luggage.”

“At a time when it seems that profits, not passengers, are the first consideration of airlines, this announcement is a victory for consumers,” Cohen said in a statement. “This was a transparent attempt to squeeze even more money out of passengers and I hope the industry’s ‘reassessment’ of the Cabin OK initiative results in them scrapping the plan completely.”