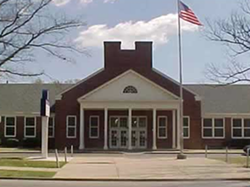 City University Boys Preparatory and Springdale Elementary School, both in the Shelby County Schools (SCS) system, have worked their way off the "Priority list" of schools with scores in the bottom five percent.

Tennessee releases new Priority lists every three years, and though 2015 is an off-year, the Tennessee Department of Education shared information with SCS to let them know the two schools had already earned their way off the list. Removal from the list depends on a school's one-year success rate exceeding the 15th percentile when ranked against other schools in the state.

Additionally, 35 SCS schools have earned their way onto the state's 2015 Rewards Schools list, which lists the top five percent of schools in the state. Middle College High remains on the list for both performance and growth, the only school in SCS to do so and for two years in a row.

“We’re always excited to see our schools make progress, especially those named Reward schools for exemplary results in the 2014-15 school year,” said SCS Superintendent Dorsey Hopson. “We recognize that more work is necessary to ensure across-the-board gains in performance and progress, but this is proof that in many cases, we’re trending in the right direction.”