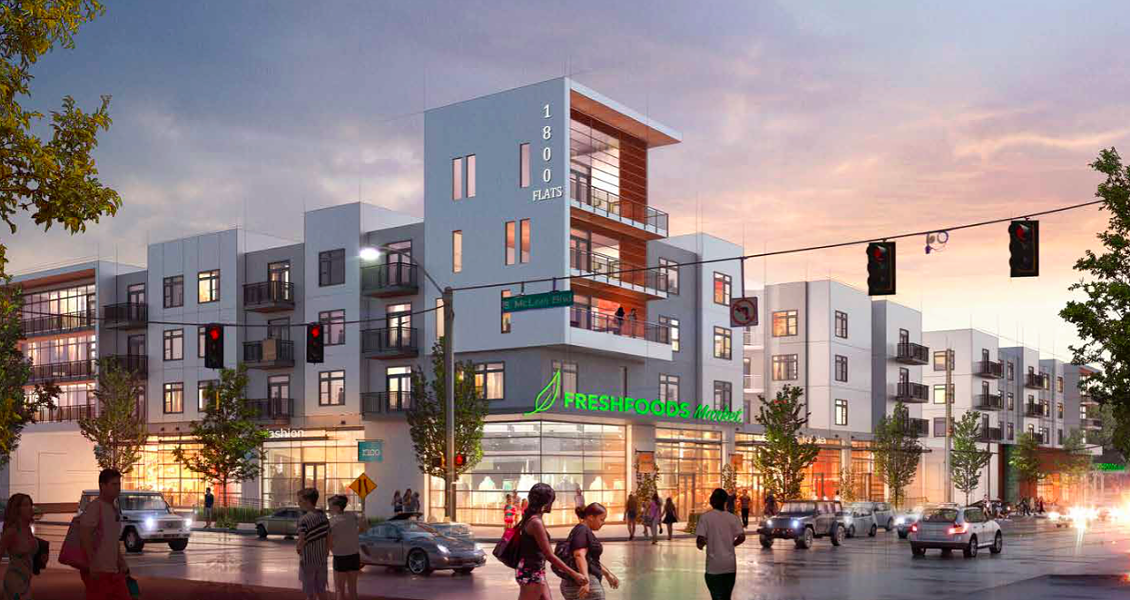 A developer wants to demolish the buildings around the southwest corner of Union and McLean to make way for a $43.5 million, four-story building with apartments, commercial space, and an anchor retail tenant that could be a “gourmet grocery store.”

Belz Enterprises has asked the Downtown Memphis Commission [DMC] for a 15-year payment-in-lieu-of-taxes [PILOT] deal for the project, which the company calls “Midtown Market.”

The Market would have 188 apartments, about 10,500 feet of commercial space for smaller tenants, and about 30,500 square feet for an “anchor retail tenant.” The company says they are recruiting a “national gourmet grocery store.”

In its application for the financing deal, Belz Enterprises says a PILOT is necessary for the project to be viable and to attract financing.

DMC staff like the Midtown Market project and recommends giving Belz the PILOT. Staffers said the Market project would be “clearly catalytic and high-impact” and even though it is not on the scale of the Crosstown Concourse project, the Market “would be on of the largest private projects built in Memphis in years.”

However, the request comes as DMC leader are considering a move that would limit their PILOTs exclusively to Downtown projects. Here again, staff supported the Market project noting that Midtown is part of the city’s core and is a “gateway into Downtown.” Also, “the ongoing redevelopment and repopulation of Midtown and the city’s core (within the Parkways) should be encouraged.”

Belz said the construction on the project would begin next year and could be completed by October 2017.

The project will be heard by the DMC's Center City Revenue Finance Committee during its meeting on Tuesday, Oct. 13. 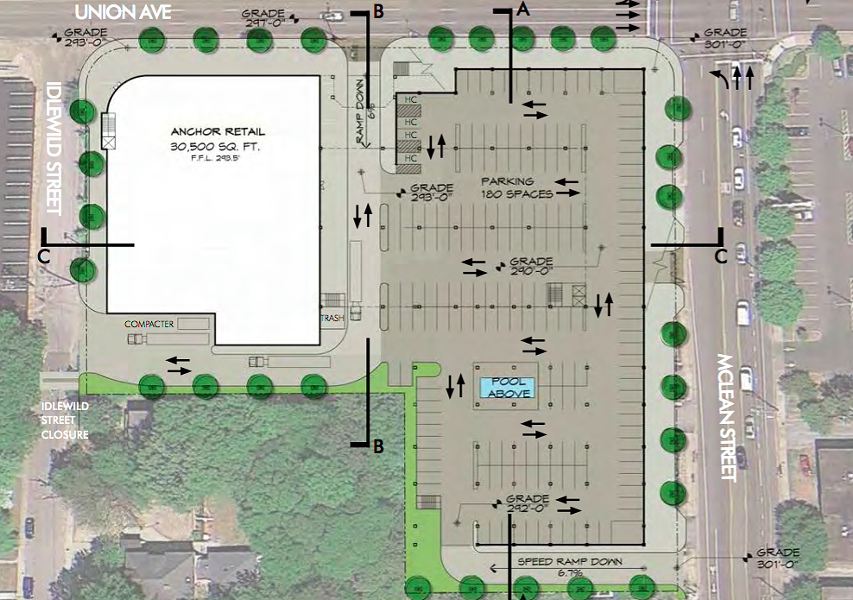