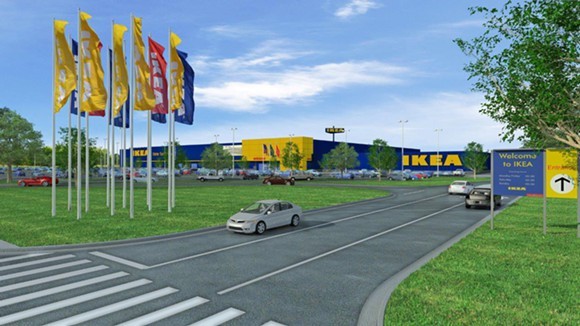 Ikea is set to open its $65 million store here next fall.

The Swedish retailer said Tuesday morning it expects to break ground on the project next month. Ikea said it hired Linkous Construction Co. to build the store on 35 acres behind Costco on Germantown Parkway.

“With a contractor onboard, plans can proceed towards opening the future Ikea Memphis,” said Lars Petersson, Ikea U.S. president. “This store will provide a more convenient Ikea shopping experience for current and potential customers throughout Tennessee and the Mid-South, growing our Ikea presence in the Southeastern U.S.”

Ikea said the 271,000-square-foot Memphis store will have nearly 10,000 items, 50 room settings, and three model home interiors. It will also have a 350-seat restaurant serving Swedish specialties like salmon plates and the store’s iconic meatball dish.

The store will also include a “Children’s Ikea” section in the showroom, baby care rooms, and play areas throughout the store.

Negotiations between Johnson’s office and the retailer delayed the project by many months.