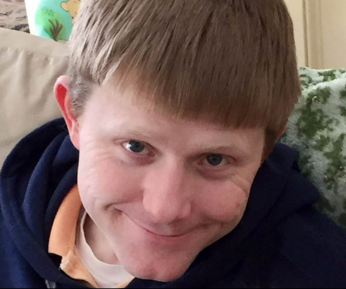 That's quite a different conclusion from an independent autopsy report released by Goode's family attorney Tim Edwards. That report, released last month, determined that Goode died after being hog-tied by Southaven police for an extended period of time. Edwards said the independent autopsy showed that the hog-tying position led Goode to struggle with breathing and eventually sent his heart into cardiac arrhythmia, leading to his death.

Goode, who was from Memphis, had taken LSD in the parking lot outside a Widespread Panic show in Southaven on July 18th. According to reports, he began acting erratically before the show, and his wife decided to drive him home. On the way there, she pulled into a parking lot on Goodman Road, and Goode got out of the car. A witness who observed his behavior called police.

When police arrived, Goode reportedly ran around the parking lot and even released a police dog from a van. Southaven police attempted to restrain Goode by hog-tying him, and Goode passed away at Baptist DeSoto Memorial Hospital, where he was transported by police.

If Goode did actually die from taking LSD, he would be one of very few people to die from direct complications with the hallucinogen. Experts in the fields of hallucinogens and forensic toxicology have long disputed the possibility of an LSD overdose. LSD deaths are more commonly related to trauma experienced from hallucinations, such as when a person on LSD commits suicide or wrecks a vehicle.

In 2007, Eureka, California, resident Martin Cotton died after an altercation with police. He was on LSD at the time, and the coroner there attempted to blame the death on an LSD overdose. His family's attorney said the death was due to blunt force trauma sustained by injuries from the police. His family sued for wrongful death and won. His daughter received $1,250,000 for pain and suffering and $2,750,000 for wrongful death.