Council Members Seek to Give Majority of Greensward to Zoo

Bill Morrison, a city council member sponsoring the new Greensward resolution, serves as an ex-officio member of the Memphis Zoo as a council representative.

After the Greensward issue exploded in January (after the zoo removed dozens of trees from the Greensward), Hedgepeth brought the issue to the council. He wanted clarification on the amount of public, council-approved funds go to both the Overton Park Conservancy (OPC) and the Memphis Zoological Society (MZS), which operates the zoo for the city.

He said at the time that the zoo had control of the Greensward and pointed to Memphis City Council attorney Allan Wade’s New Year’s Eve opinion on the matter that said the zoo did, indeed, have control of the property.

That opinion remains contested and the zoo is seeking a final judgment on it from Shelby County Chancery Court.

During that January meeting, Hedgepeth decried the planting of trees during a weekend protest at the Greensward immediately preceding the council meeting. He said officials cannot allow Overton Park to become the “wild, wild west.”

Hedgepeth’s name is listed as the first sponsor of the new resolution to give the zoo control of the Greensward. The council member did not respond to phone calls seeking comment.

But a look at the financial disclosures from Hedgepeth’s 2015 campaign to retain his council seat shows direct connections to the council member and the Memphis Zoo board.


A Memphis City Council resolution expected to be heard at Memphis City Hall today seeks to give most of the historic Greensward to the Memphis Zoo.

A resolution filed Tuesday morning as the council’s regular meetings were underway outlines land boundaries for different uses for Overton Park among is many tenants, including the Memphis Zoo, Memphis College of Art, Levitt Shell, and others.

The boundary lines that outline “boundaries designated for zoo purposes and Greensward parking” encompass most of the Greensward, basically, parallel to the new Overton Park playground. That area - nearly four-fifths of the entire Greensward - would be designated for the zoo and its parking needs.

The map also gives the zoo control of Rainbow Lake and, though it’s difficult to tell on the map, the Rainbow Lake playground.

The resolution notes that the Memphis Zoo “has the greatest usage by citizens and visitors of any of the other various activities in the park.”

The resolution says the zoo can use the area for “zoo operations, parking, and appurtenant buildings and facilities.” However, now “capital additions, permanent improvements, paving, plantings, or permanent structures” can be added to the Greensward.

“The council does hereby ratify, affirm, and approve in all respects the right and authority of the operators and patrons of the city’s zoo to use the portion of the Greensward” … “for parking as and when needed on a priority basis to the exlucsion of all others person or entity.”

The new lines are set out in a resolution, which could be passed with only one vote by the entire council. The resolution has nine sponsors, more than enough needed to pass.

The council is slated to discuss Overton Park during its executive session today at 1:45 p.m. at Memphis City Hall.

"This outrageous and undemocratic power grab is a massive insult to the thousands of citizens who've participated in the ongoing public planning process, to the Overton Park Conservancy which is engaged in mediation and litigation with the Zoo, and to Mayor Jim Strickland," the post said.

A spokesman for Mayor Strickland said not to expect a comment from the mayor until after the council has taken a final vote on the matter. No response yet from Strickland's communication team on why the mayor would wait to respond.

The mayor can veto a council vote. But the council can override that veto with a simple majority vote. 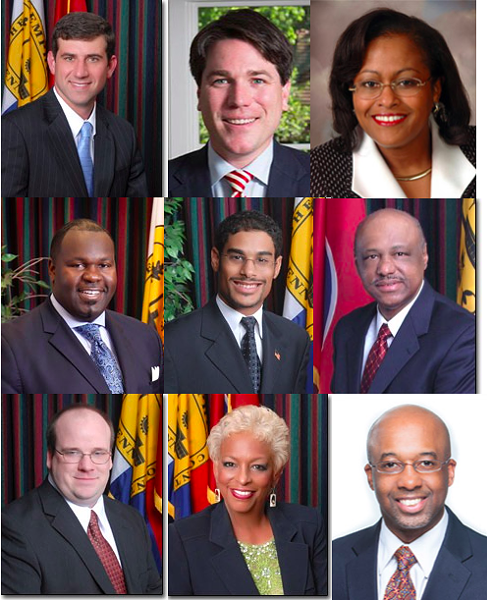