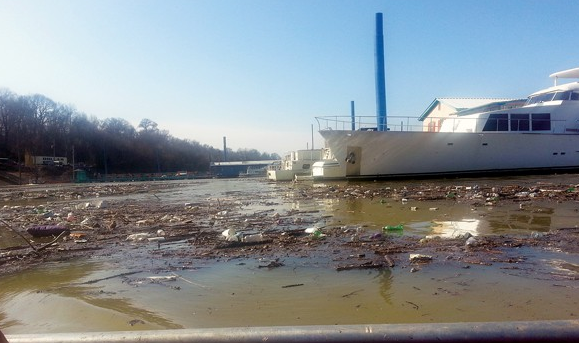 The city Division of Public Works has set up a bypass to carry wastewater around a broken sewage line in Cypress Creek, following a sewer line break that began late last week.

The break happened just west of McKellar Lake and Paul Lowry Road, and it's responsible for pouring millions of gallons of raw sewage into Cypress Creek. Following the spill, local and state officials issued warnings about touching or fishing in Cypress Creek or McKellar Lake.

A news release issued by Mayor Jim Strickland's office Thursday said the city is now beginning work on a permanent repair of the collapsed sewer line. The Tennessee Department of Environment and Conservation will continue testing the water twice a week, and the city is bringing in an environmental expert to advise on clean-up efforts.

“Now that the spill is stopped, our next focus will be to repair the damage pipe and work with the state to evaluate and collaborate on any long-term remediation needs,” said Strickland. "The cost for this operation and the repairs is 100 percent sewer-funded. No general funds will be used. We expect the permeant fix to be completed in three to four months."

From the news release:


"We cannot stress enough how important it is for people NOT to have contact with the water until further notice. Shelby County Health officials are warning people to avoid recreational activities and touching or fishing in Cypress Creek or McKellar Lake. Tests show levels of E. coli up to 300 times the recreational criteria for streams and up to 580 times the level for lakes."