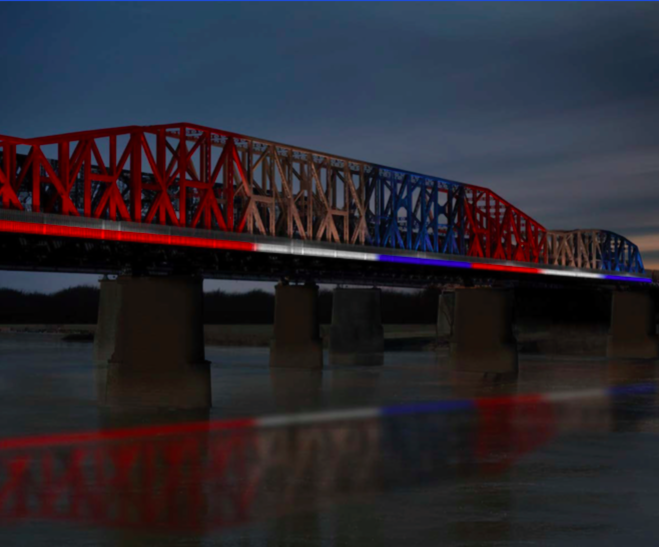 Big River Crossing is tentatively scheduled to open on Saturday, Oct. 22, according to an official at Memphis City Hall.

Work on the $17.5 million project began in November 2014. Clear progress on the span has been made and now, thanks to a multi-million-dollar gift from private, anonymous backers, LED lights will be added to the Crossing.

A council committee approved a move to accept $12 million for a lighting project that will add lights to the Big River Crossing project and replace lights on the Hernando-DeSoto Bridge.

Donors for the lighting project want the lights to remain neutral for most of the year, Knecht told council members, and “not take away from the skyline.” But the Phillips lighting system can produce colors to design lighting schemes — like a U.S. flag, or the team colors of the University of Memphis Tigers, or the Memphis Grizzlies — for special occasions.

The funds will flow through the Downtown Memphis Commission and will allow the group to fully maintain the lights on Big River Crossing and the Hernando-DeSoto Bridge.