August 15, 2016
16 comments
The Coalition of Concerned Citizens' protest outside the Elvis Week candlelight vigil Monday night remained peaceful. The demonstration, which was organized to protest the nationwide killings of unarmed black citizens by police officers, also remained rather small, attracting only a couple hundred protesters. That was quite a difference from the group's massive initial protest in August that shut down the Hernando-DeSoto Bridge.

Chants of "This is what democracy looks like!" and "No justice, no peace!" filled the air, and at one point, protesters locked arms and walked in a straight line down a side street that police had already blocked off. But the crowd eventually turned around and headed back to the main protest area, just outside police barricades on the south side of Graceland along Elvis Presley.

Despite the small crowd, the Memphis Police Department had a heavy presence. Police weren't letting protesters through the barricades to access their cars, many of which were located in the free Graceland parking lot. The only way back to that lot involved about a three-mile walk through a dark neighborhood with no sidewalks. 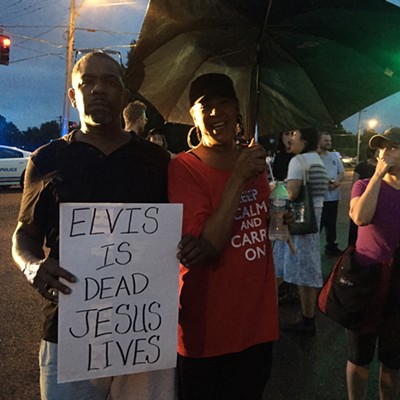 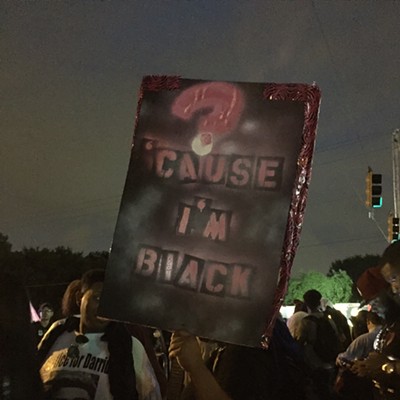