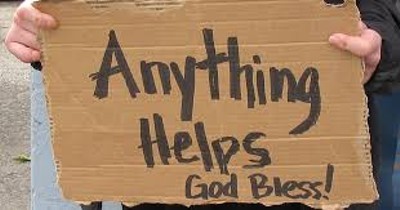 Work Local — an answer to the Memphis City Council's strengthened panhandling ban — is a partnership between the City of Memphis and the Hospitality Hub that will offer temporary cleanup work as a gateway to permanent housing and employment. Hospitality Hub will pick up 10 people on Tuesday's and Thursday's during the fall and pay them $9 an hour for five hours of work. They'll also be provided lunch, a night's housing at the Memphis Union Mission, and access to mental health services, addiction services, healthcare, and a jobs program, Johnson says.

Funding provided primarily by the city's Division of Public Works totals $140,000 and will carry the pilot program this fall. The Metropolitan Inter-Faith Association (MIFA) donated a bus, according to Johnson. The Downtown Memphis Commission and the Memphis Commission & Visitor's Bureau are also funding the initiative. First Presbyterian Church and Calvary Episcopal Church will assist Hospitality Hub with operating the program.

"One person living outdoors is too many people living outdoors." — Hospitality Hub Associate Director Kelcey Johnson tweet this
Work Local's goals are trifold: Allowing those in need to earn more than they could panhandling, establishing a network that spurs stable employment, and eliminating blight from the streets of Memphis. Mayor Jim Strickland said this program brings to fruition an imperative aspect of his administration's plans to bolster the city.

"In Memphis, we must do everything we can to make sure every single member of our community has the opportunity to lift themselves up from their circumstances in search of a better life," Strickland said.

"Now it’s about to come to fruition," Johnson said. "If you give a person a dollar, that really hasn't helped them much. [The Program] is going to reduce blight in the city ... you’re going to see a number of people exit homelessness, enter permanent housing, and get permanent jobs. And really, one person living outdoors is too many people living outdoors."