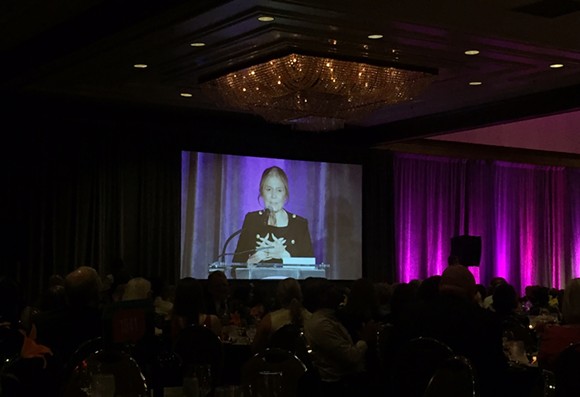 Planned Parenthood Greater Memphis Region (PPGMR) plans to expand and enhance its patient services by building a second health center to complement its existing center on Poplar in Midtown, and it's launched a massive fund-raising campaign to pay for it and other expanded services and education efforts. Those plans were announced on Thursday night at PPGMR's 75th anniversary gala and James Award celebration at the Hilton Memphis.

The Now Campaign, which is intended to fund the local organization for at least the next 75 years, has a goal of $12 million, but so far, $10 million has already been raised. Of that, $4.5 million will go toward the second facility. Its location has not yet been revealed.

Another $750,000 from that $12 million total will be spent on education and outreach efforts, and the same amount will be set aside for advocacy work to ensure access to reproductive health services. The remaining $6 million will be set aside as an endowment for the future of PPGMR.

“While Planned Parenthood has evolved in amazing ways over the last 75 years, our core mission – providing care no matter what – has remained constant,” says Ashley Coffield, President and CEO of PPGMR. “The idea of providing compassionate, quality care in some ways remains as controversial today as it did 75 years ago. Even as we celebrate this milestone, we know that there are many in this community who would seek to eliminate our funding, terrorize our patients, and attack our facilities. The Now Campaign is about committing ourselves to building a fearless, empowered community of advocates and healthcare practitioners for the next 75 years. A new era of Planned Parenthood in Memphis begins now.”

Before the campaign was announced, feminist icon/author/lecturer/journalist Gloria Steinem gave the keynote address. She talked about intersectionality between feminism and anti-racism and the connection between global warming and reproductive rights.

"Forced childbirth is the single biggest cause of global warming," Steinem said.

She also posed a question to the audience that brought plenty of applause and vocal praise: "Why is it that the same people who are against birth control and abortion are also against sex between two women or two men?" The answer, she said, is that those people "are against any sex that cannot end in reproduction."

The recipient of this year's James Award was State Representative Johnnie Turner, who has served on the PPGMR board of directors. Turner made a plea to the audience to vote for a presidential candidate that will assign a new Supreme Court justice that will be supportive of Roe V. Wade. She also asked the crowd to help elect local leaders who support reproductive rights for women.

"I need your help. Some someone to the Tennessee House to help me," Turner said.

The Judy Scharff Lifetime Achievement Award went to Eddie Kaplan, an attorney who joined the PPGMR board in the 1960s and served two terms as president of the board in the 1970s.