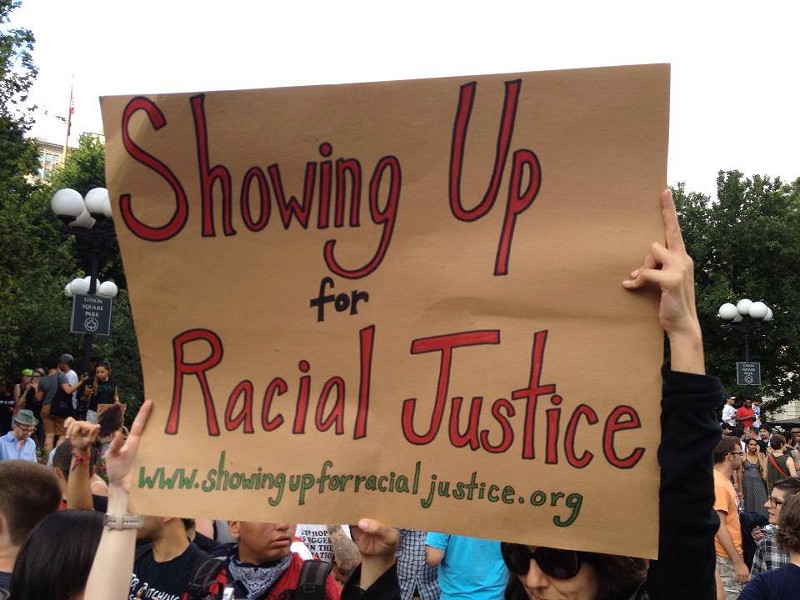 While you're moshing through the crowds of the Cooper-Young Festival on Saturday, you might be approached by a white person wanting to have a quick word with you about racial injustices present in Memphis.

And if you're so inclined to listen, you'll likely be talking to a member of the newly formed Memphis chapter of Showing Up for Racial Justice (SURJ).

SURJ is a national group that aims to mobilize white people who want to contribute to national issues that disproportionately affect people of color.

The impetus, according to a SURJ Memphis chapter organizer Allison Glass, was the July 10 protest on the Hernando-DeSoto bridge, where more than 1,000 people halted traffic on the I-40 bridge that connects Tennessee to Arkansas.

"It was such a powerful moment in Memphis that I think people felt really inspired," said Glass. "If these folks are going to commit such a courageous act, then we as white people need to organize other white people to join this effort."

In addition to crowd canvassing, SURJ will be stationed on the elevated patio of First Congregational Church on Cooper where they will have Black Lives Matter yard signs for sale for $10. A portion of the proceeds from sales will go directly to the national Black Lives Matter network.