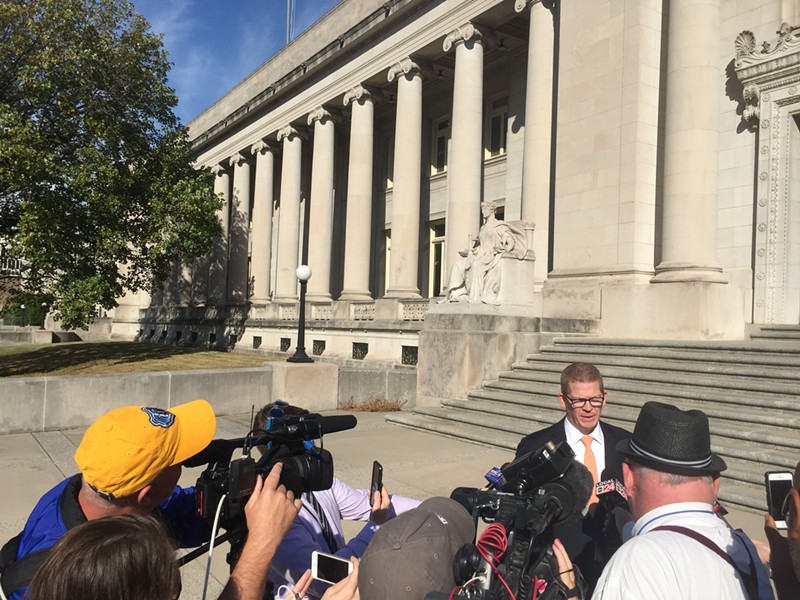 Inmates are being lost in the Shelby County Jail system, those who have gotten bonds aren't being released, inmates are sleeping on the floors, and the entire system is in “disarray,” according to an organization that sued jail officials Thursday to fix the problems.

Officials have been installing new computer systems for the jail and the court system for the last two weeks. In that time, the jail population has climbed as the confusion caused by the switch-over has led to longer and unjust stays, according to Josh Spickler, executive director of Just City, a criminal justice advocacy reform organization.

Spickler said while a 3-4 day transition would have been expected, two weeks is "unacceptable."

Just City joined a class action lawsuit against Shelby County Sheriff Bill Oldham Thursday seeking damages of $10 million for those locked up in the jail for “unreasonable periods of time.”

“This not just about money,” Spickler said. “This is about people who are trying to get to to work. It’s about people who had jobs and now they don’t have jobs. It’s about children who had no way to school the next day because the court computer system malfunctioned and their mom didn’t come how for four days.

“Unfortunately, in a lawsuit you have to talk about money but really we want this problem fixed.”

Spickler said he expect the class action suit to grow to include likely hundreds of people. No solid timeline for the suit yet exists, he said.