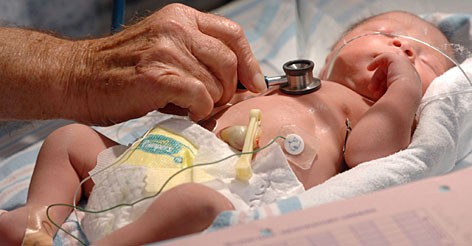 This morning, the Shelby County Health Department announced that the infant mortality rate has fallen to the lowest number ever recorded by the health department, 8.2 deaths per 1,000 live births.

"We have made significant improvements and are encouraged by the decreased rate," said Alisa Haushalter, DNP, RN, director of the Shelby County Health Department. "We will continue to collaborate with all partners; partners who work tirelessly to ensure all babies not only live to celebrate their first birthday but thrive in a healthy community."

To be certain, this number is a vast improvement since 2003, when the IMR rate among black communities was a devastating 21 deaths per 1,000 live births. In 2008, national attention turned to Memphis when ABC's news show, 20/20, focused their attention on the staggering crisis happening in Memphis' poorest, majority-black neighborhoods.

Over the years, experts from multiple organizations committed to combatting the problem routinely point to a lack of access to prenatal care and education for expecting mothers. This lack of critical resources is what results in low birth weights, birth defects, maternal complications during pregnancy, and Sudden Infant Death Syndrome.

Shelby County mayor Mark Luttrell said he is "pleased" with the dropping numbers, and directly attributes the decline to the work of the health department and various advocacy organizations that focus on educating expecting mothers, saying their work "has certainly assisted many mothers and their children at this critical time in their lives.”